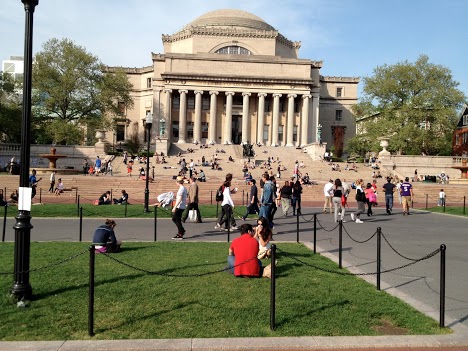 It’s not more difficult to get into an Ivy League college this year as compared to last year. It’s a misconception.

One of our objectives with our college admissions blog is to point out inaccuracies as they relate to the highly selective college admissions process. There is a post on “TIME” today written by Kayla Webley that is a bit misleading and we’d like to clarify a college admissions misconception or two. First of all, Ms. Webley’s article is entitled, “Ivy League Schools Accepting Even Fewer Kids.” This is a misleading and inaccurate title. The eight Ivy League schools are accepting just about as many students as they’ve accepted for the past several years. If you don’t believe us, check out the Ivy League admissions statistics. Now let’s move on to the first sentence of the article which reads, “Gaining entry into an Ivy League school is getting tougher every year.” This too is misleading as it is not in fact getting tougher every year to get into an Ivy League school. Just because admission rates may drop at some schools in the Ivy League, that doesn’t mean those schools are getting “tougher” to get into.

And why’s that? Just because more students apply to a school doesn’t mean the admissions cycle is more selective than the previous year. Students with ‘C’ averages don’t make an applicant pool more competitive. But because the “US News & World Report” rankings are so important to Ivy League colleges and other highly selective universities, they’ll encourage even unqualified applicants to apply. Maybe they’ll send them mailings. Maybe they’ll flood their email inbox. You get the idea.

Ms. Webley obviously didn’t intend to write anything that was inaccurate. We’ve read her work before and she’s an excellent education reporter — one of the very best. We just wanted to set the record straight on this issue as it makes us roll our eyes when people say that it’s getting harder and harder to get into the top colleges. It isn’t really. Statistics can be misleading!