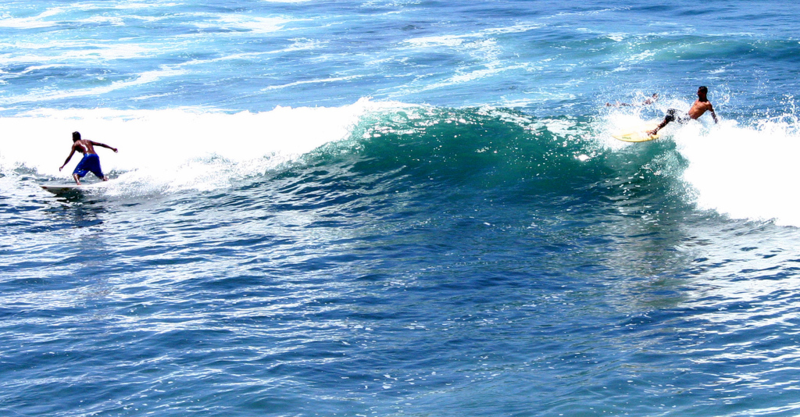 Don’t surf all the time during a gap year and expect to be admitted to a highly selective college (photo credit: L.E. MacDonald).

College admissions gap years are becoming more and more common. It’s not like we haven’t written about gap years in the past, but we’ve got some new data to report thanks to “Inside Higher Ed.” As reported by “ABC News,” “An estimated 1.2 percent of first-time college freshmen take a gap year, most of them male students, according to the Higher Education Research Institute at the University of California Los Angeles.” Do you find it interesting that male students are more likely than female students to take gap years? Why do you think that is? Does it have to do with a desire for adventure after high school? Or disciplinary / maturation issues? This certainly explains part of the data discrepency.

The fact is that some of our nation’s most highly selective colleges — from Harvard to Princeton to Middlebury — offer gap year admission. They allow students to defer their enrollment a year. Maybe it’s to train to compete in the Olympics. Maybe it’s to work at an orphanage in Soweto. Maybe it’s to get a job to help one’s parents afford the high cost of college. The reasons vary but the gap year trend remains a constant one.

And if you’re under the impression that students who choose to take gap years are less motivated than their counterparts who go straight from high school into college, that’s often not the case. Are there students who take a gap year to sit on the couch and watch movies? Probably. But that’s pathetic. Most students we know that have taken gap years have done extraordinary things during their in-between year. They didn’t lounge around on the couch. They went out into the world and tried to make a difference. And when they started college the next year, they were rejuvenated, satisfied in their accomplishment for the previous year, and motivated to achieve great success in college.

What do you think about college admissions gap years? Let us know your thoughts by posting below!