College Admissions and the Presidency 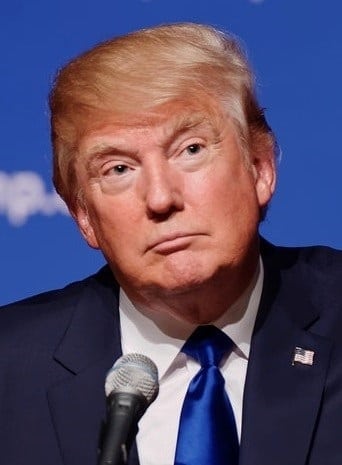 Donald Trump is, without question, anti-establishment.

We have absolutely nothing to write about today. After all, we write about college admissions every single day of the week including on weekends and holidays (even on Christmas and Yom Kippur!) so sometimes, we simply run out of things to say. But wait, we thought of something. Someone recently asked us: “If our firm were a presidential candidate, who would we be and why?” Well, we should first start off by stating that we wholeheartedly endorse Hillary Clinton for the presidency. We hope that she shatters that glass ceiling and makes us all forget there ever was a ceiling to begin with. Ceiling what?

But regular readers of our blog know that we have a firm anti-establishment streak in us. We don’t like establishment — nor folks who paint themselves as establishment (have you read what we’ve had to say about the IECA — if not, feel free!). The IECA told us, when we were begrudging members, that we couldn’t charge what we charge. We told them they were anti-American, that they had no right to tell us what we could or could not charge and that what is expensive in their view and what is not is sheer and utter opinion. They seemed to be disturbed that we had the audacity to call them anti-American, but that is precisely, in our opinion, what they are.

And so, to answer the question, if we were a presidential candidate, we would most certainly be…Well, wait, we first need to include some caveats. We firmly and vehemently stand against almost all of his positions and especially his positions against immigrants, Muslims, the LGBT community, and just about everyone else. But we do like the notion of challenging the establishment and few could argue that Donald Trump has challenged the establishment and done so in a very big way. So we’re Donald Trump…with major caveats. Don’t like us? Don’t care. We tell it like it is. Always have, always will. Mic drop.