If there is one quote that we find ourselves repeating time after time in the college admission process, it’s “Lies, damned lies, and statistics.” Mark Twain popularized the phrase and it’s a commentary on how numbers have the power to persuade – even deceptively. An article by Krystie Yandoli entitled “In College Admissions, Money Shouldn’t Be Everything” on “The Huffington Post” proves Twain’s point. You can check out the article on college admissions here. 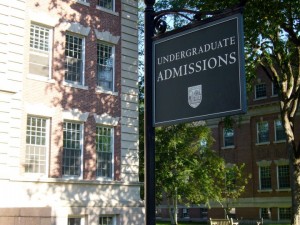 Money may have rising importance in highly selective college admission but, in the vast majority of cases, it's not the biggest factor.

Ms. Yandoli, a current student at Syracuse, claims in her piece, “The survey’s results prove that institutions of higher learning are prioritizing one aspect of applications above all else: money.” Really? How do you figure, Ms. Yandoli? Are you making this statement based on the “Inside Higher Ed” survey’s finding that “10 percent of the admissions directors at four-year colleges — and almost 20 percent at private liberal-arts schools — said that the full-pay students they were admitting, on average, had lower grades and test scores than other admitted applicants”? Or maybe based on this finding: “22% of admissions counselors at four-year colleges even came out and said that with the weak economy in mind, they’re more apt to look at a candidate’s ability to pay the full way.”

Where in those findings does it possibly say that institutions of higher learning are valuing money above all else in the college admission process? In fact, it doesn’t say that at all! The findings show that money is playing an increased role in the college admission process during this weak economy but nowhere in any of the findings does this survey say that money is the most important factor in college admissions. Rather, you’re putting misinformation out there – probably unintentionally – by using statistics to support a point that the “Inside Higher Ed” survey findings simply didn’t make. We trust you have the best intentions at heart and your piece is moving but Mark Twain wouldn’t much like it.