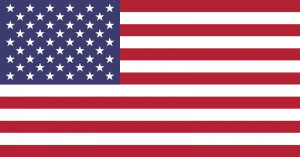 In today’s ruling by the Supreme Court of the United States, the Supreme Court did uphold affirmative action policies throughout the nation. However, the highest court in the land also delineated new limits on college admissions affirmative action. The decision states that while affirmative action policies are indeed constitutional, colleges must demonstrate that there are “no workable race-neutral alternatives.” And who wrote the decision? None other than the swing voter, Justice Anthony Kennedy (although there was certainly no swing vote in this case with a 7-1 ruling). The ruling wasn’t 8-1 because Elana Kagan recused herself from the case, presumably because of her role as Solicitor General under President Obama prior to her Supreme Court appointment. The only justice not to rule with the majority was Justice Ruth Bader Ginsberg, who wrote in her dissent that “the lower court already had enough evidence.”

According to a “USA Today” article on the college admission affirmative action case authored by Richard Wolf, “Justice Clarence Thomas, the court’s only African-American judge, wrote a separate opinion saying that he was prepared to go further and declare that ‘use of race in higher education admissions decisions is categorically prohibited’ by the Equal Protection Clause. A decision calling into question the continued use of race in college admissions had been widely anticipated in light of the court’s ruling in 2003 narrowly upholding the University of Michigan’s use of racial preferences. At that time, Justice Sandra Day O’Connor said such programs should be obsolete within 25 years; O’Connor, who had since left the court, was on hand when Kennedy announced Monday’s decision.”

So, basically, the onus is on the University of Texas at Austin, the university Abigail Fisher filed suit against for being denied admission, to prove that there was no workable race-neutral alternative when it chose to deny her admission years ago.