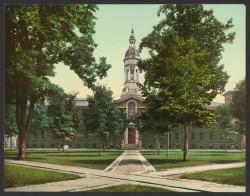 Over the years, Ivy Coach has coined three major terms we can think of in highly selective college admissions.

There are three terms we can think of that we at Ivy Coach have proudly coined in college admissions. Now, these terms seem ubiquitous in the field. Curious to know what those terms are? May we not keep you in suspense any longer. Interest Quotient. It was always called Demonstrated Interest. But so many highly selective colleges literally quantify a student’s interest in attending the institution (hi, Emory!). After all, they want to know that if they offer a student admission, that student will attend. If the student chooses not to attend, that will hurt their yield — which indirectly impacts the school’s all-important “US News & World Report” ranking. Interest Quotient sounds a whole lot better than Demonstrated Interest, if you ask us. But we’re biased, admittedly.

Ivy Coach has coined three well known phrases in college admissions. And we’re proud of it.

And what’s the second term? Letter of Enthusiasm! It seems like every parent who comes to us now — whose child wasn’t our client prior to the Early Decision / Early Action round — is mentioning this phrase. Little do they know that we coined it years ago. Well, we guess they know now. The secret is out. We’re a business. We are not ashamed to boast of our mark on the college admissions community. Not one bit.

So how about that third term, you ask? Postmortem Evaluation. Brian of our firm loves postmortems. After all, he came up with the idea for — and developed along with ABC Studios — the medical examiner show “Body of Proof” starring Dana Delaney. There were lots of postmortems in that show. As a side note, the show was originally intended to be titled “Body of Evidence” but the title wasn’t available for legal reasons (there was a reality television show of the same name). So Brian was tasked with putting together a list of potential titles. The list ran 500 deep. The first title on that list was “Body of Proof,” which most dismissed as lame. ABC and ABC Studios executives subsequently voted on the potential titles and, low and behold, they settled on “Body of Proof.” And not only did it become the title of the show, but we recently heard the expression “body of proof” in a commercial. It’s not a real expression. We made it up. Just like we made up Interest Quotient, Letter of Enthusiasm, and Postmortem Evaluation.

But they were catchy. They worked. It’s this very kind of marketability we bring to our students as they seek to stand out in highly selective college admissions. For the regular readers of our college admissions blog, remember the rubber-band ball kid? The admissions office sent her tons of rubber-bands with her offer of admission (back in the day when these were snail mailed — many years ago!). We’ve got loads of these stories. Don’t like our boasting? Too bad. It’s called marketing and, as you can see, we’re quite good at it. And we’re quite good at helping students gain admission to the colleges of their dreams.