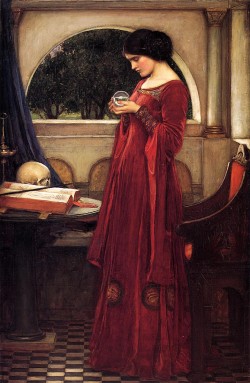 We’ve got a crystal ball at Ivy Coach. And it’s always right.

We were quite critical of the Coalition for Access, Affordability, & Success when it was announced. Alright, we were more than a bit critical. We’ll own it. We tell it like it is and this Coalition was half-baked when it was announced at best. Maybe it was a quarter-baked. If that. One of the key objectives of the Coalition for Access was to decrease the amount of stress and pressure put on high school students as well as increase access to college for students from disadvantaged backgrounds. And yet the proposal delineated by the Coalition ran counter to these very objectives — making the process more stressful and making it even more challenging for students from disadvantaged backgrounds to apply to highly selective American universities.

It seems we have been heard. Because it has now been announced that the Coalition for Access’ plans will be, well, “deferred” for a year. Deferred. That’s an interesting way of putting it for sure. As reported by Scott Jaschik in his piece on the Coalition for Access in “Inside Higher Ed,” “Now it turns out that a few dozen members of the coalition (which is now up to 93) don’t plan to use the application during the next admissions cycle. Coalition leaders say this isn’t a big deal, but some high school guidance counselors disagree — especially since the coalition will not say which colleges are opting out of the application. In online discussions of admissions issues — in which some counselors and college officials have been critical of the coalition from its launch — officials said they were taken aback when they heard at coalition presentations that as many as 40 colleges might be opting out of the new application this year.” We’d say — undoubtedly — that’s a setback for sure for the Coalition.

Our crystal ball here at Ivy Coach has even been cited on the pages of Ivy League newspapers. What can we say? We can not only help your children get into college. We can also predict the future — including where your children should apply to in the Early Decision / Early Action round!