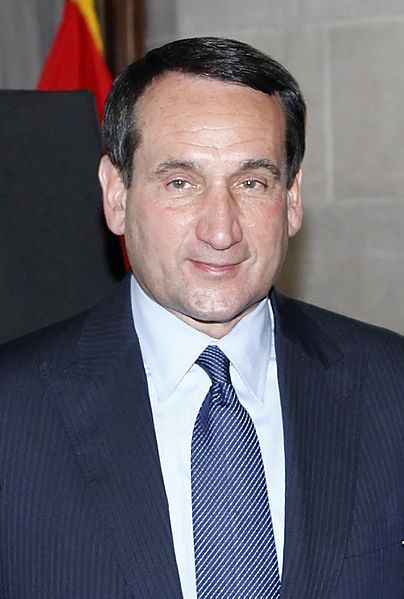 Coach K is a graduate of West Point, where he played basketball under Coach Bobby Knight.

There is no college athletic coach in America who has had a more direct — and enduring — impact on a university’s selectiveness in admissions as Duke University’s Coach K. While many Duke alums will shake their heads when we suggest that Mike Krzyzewski’s stewardship of the men’s basketball team in Durham, North Carolina has helped accelerate the school’s growth into one of our nation’s leading research institutions and one of America’s finest undergraduate colleges, we beg to differ. And we’d point to the data. Overwhelmingly, the further the Blue Devils advance in March Madness, the more applications for admission the school receives the subsequent admissions cycle.

Duke may not love being thought of as a basketball school before it’s thought of as one of America’s most elite institutions but that’s nonsense since we’d argue their elite play in basketball over the decades has only served to make the university more attractive to the great minds of tomorrow. And speaking of those great minds of tomorrow, Coach K recently rang the opening bell of the Nasdaq stock exchange in honor of the Emily K Center. This is a center, named in memory of Coach K’s mom, is a nonprofit educational center that helps low-income young people prepare for college. Program participants have been admitted to schools like Duke and USC. And this year — for the first time — a participants earned admission to an Ivy League school, UPenn.

We salute Coach K for all of his work not only on the hardwood but around the Durham, North Carolina community over the years, for working to help low-income young people achieve college educations from some of the finest schools in America. And we salute Coach K for cementing Duke as one of America’s most elite institutions of higher learning.