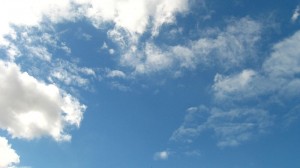 Children of major alumni donors do have an edge in the admissions process. Is the sky blue? It sure is (photo credit: Mohammed Tawsif Salam).

There’s an article up on “Bloomberg” entitled “One in Four Colleges Say They’re Pressured to Rig Admissions” by Natalie Kitroeff that we figured we’d discuss on our college admissions blog. We’d first like to say that after having read this piece, we can’t help but find the title a wee bit, well, off. In the article, we realized that the writer is essentially arguing that any advantage afforded to ‘connected students’ (e.g., the children of major alumni donors) is ‘rigging’ the admissions process. What we find most off about all of this is that only one in four colleges say they’re pressured to do this? Only 25% of colleges are being honest about this!

And no college should be singled out because every last one of them is guilty of this. The child of a family that has donated $100 million to an institution sure does have a leg up on an applicant with no connection to a university. If that is considered rigging admissions, then we are inclined to ask: Is the sky blue? It sure is! As written in the piece in “Bloomberg,” “The college gatekeepers acknowledged that they’d been nudged toward ‘accept[ing] an applicant who didn’t meet [their] school’s admissions requirements because of who that applicant was connected to.’ As for who got an edge, 16 percent of officials said that they look particularly closely at the children or siblings of alumni from their school.” You don’t say.

Legacy status is but one part of the holistic admissions process. To suggest that the process is rigged because children of alumni donors (whose parents have given significant cash to a university) have an edge is incorrect because it’s a well known fact that this is all part of this holistic process. The notion that only one in four colleges owns up to this practice suggests that 75% of colleges surveyed were dishonest or maybe the right people just weren’t asked this question. Because anyone high up in admissions knows the advantages that come with being the child of a major alumni donor. The sky sure is blue. And it’s been blue for years.