At most public universities across America, it’s easier to gain admission to a university if you happen to live within the school’s state. It makes logical sense. That’s where your taxes are going. These schools were founded to offer educations to residents of the state. Thomas Jefferson, as an example, wanted to educate the young people of the State of Virginia. But, as we’ve pointed out on our college admissions blog, times have changed for the University of California schools. We’re not quite sure who the Thomas Jefferson-equivalent is for the University of California schools, but we’re quite certain he or she would be mighty disappointed with these latest developments. 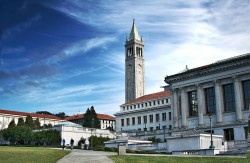 As a “Huffington Post” opinion piece entitled “Here’s Why The College Admissions Process Is Bonkers” by Ann Lewis Hamilton very well articulates (with the exception of her statement about ‘more’ extracurricular activities — it’s not about quantity, it’s about quality), “A recent Los Angeles Times article stated the latest in-state UC acceptance rate was 60 percent, down from 63 percent last year and 79 percent in 1999. Interesting. Perhaps out-of-state (and out-of-country) applicants just happened to have higher test scores and more extracurricular activities. Or maybe the University of California system weighed the annual out-of-state tuition fees ($36,900) versus the in-state fees ($12,200). Gee whiz, I wasn’t a math major, but I can guess which students you’d rather admit. Except the University of California system was created to provide California students with access to a quality and an affordable college education. Here’s an idea — perhaps you should consider a name change — University of Some California Students. USCS. Has a nice ring.”

Ann, we agree with you. And University of Some California Students does indeed have a nice ring to it. Your point is valid, your argument sound. We stand with you in urging the University of California system to go back to admitting more in-state students. We understand that the UC schools need the tuition dollars, but there are plenty of private colleges that students from other states — and countries — can apply to. Not that they shouldn’t be able to gain admission to the University of California schools. They certainly should! But California residents should be the first priority. The University of Michigan needs out-of-state and international tuition dollars, too, and yet their first priority remains residents of Michigan. It’s quite simple when you think about it. Keep admitting out-of-state and international students who will pay the full cost of tuition, but give those California applicants a second look. Thomas Jefferson would want you to. Or whoever California’s Thomas Jefferson is.