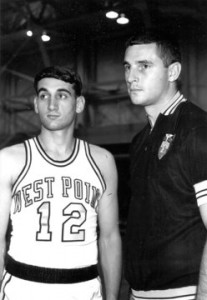 Did you know that Duke’s Coach K played for Bobby Knight at West Point? He sure did!

Congratulations to Duke University and Coach K on yet another national title! Yours is among the most storied basketball programs across the nation. For high school juniors interested in attending Duke University, you should not have been rooting on the Blue Devils during this past March Madness in their march towards yet another NCAA Championship under the illustrious Coach K. While we get that you want to be a Blue Devil too one day, that you want to root on Coach K’s squad at Cameron Indoor, their title means that admission to Duke will be more difficult next year. Especially as compared to this past year, the cycle after Duke lost to Mercer in the opening round of the NCAA Tournament. We have long asserted, based on data, that admission to Duke gets more competitive in years after they advance to the Sweet 16 and beyond.

And just as advancing far in March Madness can lead to increased applications for that university (hi George Mason University), scandal can lead to fewer applications. The Duke lacrosse scandal in which three former Duke students who all played lacrosse were falsely accused of rape rocked the Durham-based university in the mid 2000’s. And applications did fall during the admissions cycle subsequent to the scandal that never actually happened. We have also long asserted that schools outside of the Ivy League — even extremely prestigious universities such as Duke — are more susceptible to scandal impacting their admissions figures. The eight members of the Ancient Eight (the Ivy League colleges) have what we’d refer to as a buffer. Membership in the Ivy League. These schools have been members of the Ivy League for many, many years and one scandal isn’t going to change that. Every school will, eventually, be faced with a scandal. It’s a fact of life.

Are you interested in applying to Duke University in the fall? Were you rooting on the Blue Devils during March Madness? Do you regret having done so now? We’re curious to hear your thoughts. So post a Comment below!