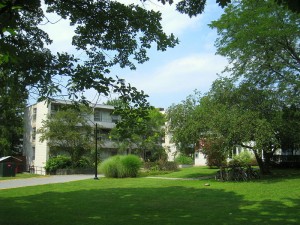 Do you think students will choose to write 4 2,500-word essays to get into Bard?

Bard Admissions is in the news again. There’s an interesting editorial in “The Atlantic” entitled “No Grades, No SAT Scores, Just Essays: Bard’s Misguided New Admissions Plan” written by Jordan Weissmann. In his piece on the new Bard admissions policy, Weissmann argues that Bard’s decision to allow applicants to submit four 2,500-word research papers on topics including the motion of Uranus and Kant instead of the traditional measures such as SAT or ACT scores, grades, letters of recommendation, etc. is flawed. A chief reason, Weissmann points out, that Bard decided to “declare war” on the college admissions process by allowing students to submit four 2,500-word essays was because wealthier students were seen as “gaming” the system. But, as Weissmann points out (which we’ve also pointed out), why can’t wealthier students just as easily get help with their 2,500-word essays? It seems illogical.

Weissmann writes, “One has to wonder how many high schoolers will actually be in the mood to write 10,000 total words on topics like Kant and the motion of Uranus, particularly if their academic record is already good enough to get into Bard. On its own, that’s not a terrible flaw, since the standard application process is being left in tact. However, this also seems like a system that’s begging to be gamed. While Bard will require students to sign a statement vowing that they didn’t receive help on their essays, it seems unfathomable to me that the same sorts of consultants who all but sign students’ names on applications today won’t be willing to offer, oh, I don’t know, a bit of ‘proof-reading.'”

Weissmann’s final point in his editorial is a valid one as well. Isn’t it better to judge an applicant on a cluster of flawed metrics rather than on one flawed metric? It makes sense to us. While we admire Bard for going against the grain, their new admissions policy is deeply flawed as well. And while students can still apply to Bard the traditional way, only time will tell how many students choose to apply through this new route.