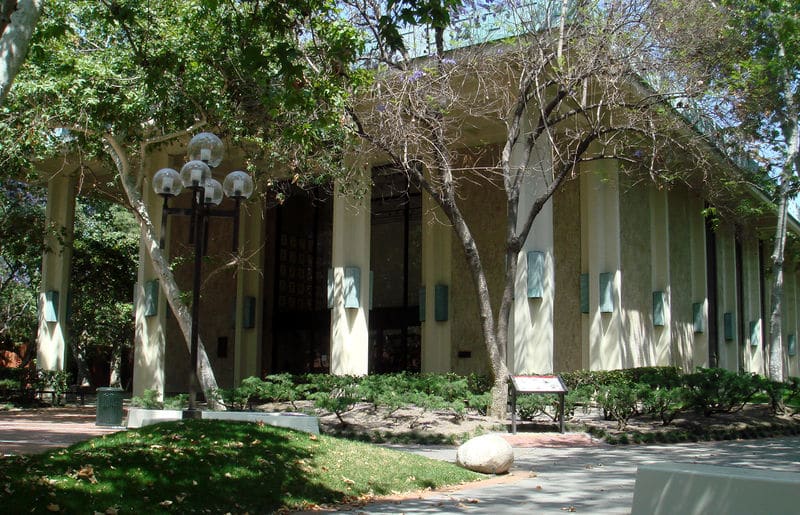 If you want to succeed in Hollywood, you do not need to go to film school. You can still pass go and collect $200 (photo credit: Bobak Ha’Eri).

Each and every year, parents and students contact us interested in learning how to optimize their case for admission to film schools. Typically, these students (and their parents) have their sights set on NYU or USC. NYU and USC are home to the two most renowned film schools in America. So they’re certainly not wrong to be zeroing in on these two universities if they’re intent on applying to film school. The USC School of Cinematic Arts and NYU’s Tisch School of the Arts have graduated some great filmmakers, writers, actors, and multi-hyphenates over the years from Alec Baldwin, Kristen Bell, the late Philip Seymour Hoffman, Dan Jinks, and Jesse Martin at NYU to Megan Ellison, Brian Grazer, Judd Apatow, and Ron Howard at USC (USC’s list of notable alumni in film/television is much more impressive than NYU’s, in our humble opinion!). But does that mean you should go to film school if you want to work in film and/or television?

Film School Can Be a Waste

Even though we help students earn admission to film schools each and every year, we never hesitate to tell these students and their parents when they first approach us for help with earning admission to these schools that we’re completely and utterly against the notion of film school. That’s right — we think film schools are silly. Hey, we’ve been saying it for years. At least we’re consistent in our messaging. You see, you don’t need to get an undergraduate (or graduate) degree in film or television studies in order to become successful in Hollywood. You can learn how to be a great director by working as an assistant to a great director upon your graduation from any school. You can learn how to be a great writer by writing (and by working as a writer’s PA and then a writer’s assistant or showrunner’s assistant on a television show). You get the idea.

But, Ivy Coach, don’t you need to go to USC or NYU in order to get your foot in the door in Hollywood? No! No, no, no. Think about it this way. If you major in neuroscience, you can come up with some pretty cool pitches — based in neuroscience — to present your boss as potential fodder for television series. The same goes for anthropology, psychology, history, or frankly most liberal arts. Major in film and you know how many act breaks go in a network television drama. Great. You and everyone else who reads a network TV drama script. Major in chemistry and you just might pitch the next “Breaking Bad.”

And, yes, we speak from experience. Brian of Ivy Coach majored in psychological and brain sciences. As an executive at an ABC Studios-based production company, he pitched what would become the Dana Delany-starring “Body of Proof.” The show, about a neurosurgeon who loses dexterity in her hand as a result of a car accident and so can no longer operate on the living, instead choosing to operate on the dead as a medical examiner, ran for three seasons on “ABC.” Admittedly, it wasn’t a particularly compelling show but it performed well internationally as well as among older folks. Gotta love the old folks.

It’s a long way of saying you don’t have to go to film school in order to find success in Hollywood — and in fact you’d likely be better served by avoiding film school. Finally, yes, USC has some nice connections. But you can make lots of great connections simply by living in Los Angeles where you can’t walk your pup around the block without engaging with someone about the film and television business.