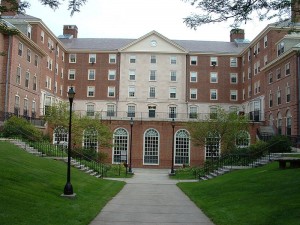 Asians and Asian Americans face discrimination in the Ivy League admissions process. But there are ways to combat this discrimination.

As you may know from reading our blog, Princeton University is under investigation by the U.S. Department of Education for discrimination in admissions decisions — specifically with regard to Asian-Americans. The complaint, brought by an Indian-American, alleges that Princeton denied the applicant a spot in the incoming class because of his ethnicity. As you may also know from reading our blog, at Ivy Coach, we also believe that highly selective colleges discriminate against Asian-Americans in the admissions process. As much as college admissions counselors may deny it and as much as they may or may not realize it, it happens.

According to “Bloomberg,” a 2009 study shed light on the fact that applicants who are Asian-American need to score 1550 out of a possible 1600 on the math and verbal sections of the SAT in order to effectively compete against Caucasian applicants with scores of 1410. And what about Asian-Americans competing against African-Americans? They’d need a score of 1550 to compete with a score of 1100. The numbers are, quite simply, striking!

And check out this post on Asians and College Admissions!