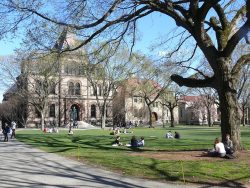 File this one under senseless. Today, a group known as the “Asian American Coalition for Education” put out a press release to put it out there that on May 23rd, the leaders of over 100 Asian American organizations will hold a press conference to announce to the public that civil rights complaints have been filed against Brown University, Yale University, and Dartmouth College. These complaints allege that these three universities discriminate against Asian American applicants in their admissions processes.

As stated in their press release, “To continue fighting against this unlawful discrimination, the Asian American Coalition for Education (AACE), representing more than 100 Asian American organizations, will file an administrative complaint with the Civil Rights Division, Department of Justice, and Office of Civil Rights, Department of Education on May 23, 2016. In this complaint AACE requests that the Department of Education and the Department of Justice conduct a thorough investigation of admission practices of Yale University, Brown University and Dartmouth College and require the three colleges and other Ivy League universities to cease their discriminatory practices, including the use of racial quotas, racially-differentiated admission standards, racial stereotypes, and other unlawful admissions criteria.”

We at Ivy Coach have been quite outspoken over the years about the discrimination that Asian American applicants face in highly selective college admissions — and surely not only at these schools. Bev, Founder of Ivy Coach, published a piece entitled “Asian Americans Deserve Better in Ivy League Admissions” and it’s a frequent topic of our college admissions blog. But we also have been outspoken on the issue of litigation against these universities and other universities. We believe it to be fruitless. Litigation is not the way to hope to end such discrimination — and we’ve outlined just why here.