Ivy Coach was featured once again on the program “Asian American Life” on CUNY TV. This particular episode focuses on Affirmative Action and the discrimination that many — including us — allege Asian Americans face in the highly selective college admissions process. For instance, as reported by “Asian American Life,” the Asian American Coalition for Education’s complaint against Yale, Brown, and Dartmouth cites data that suggests, “Asians must score 140 points higher than white, 270 than Latinos, and 450 than black applicants just to be in the running for placement at a private college.” 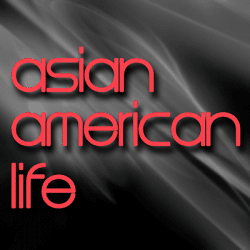 We of course don’t disagree with this data. How could we? Like the Asian American Coalition for Education, we believe that Asian Americans do indeed face discrimination in the highly selective college admissions process. But as we’ve also articulated on many occasions, we just don’t believe that the Asian American Coalition for Education is going about approaching this unfair practice the right way. We don’t believe their actions against such schools as Yale, Brown, and Dartmouth will lead to positive, enduring change.

As Brian of our firm is quoted in the TV segment, “I do not believe that highly selective colleges have quotas for admissions, but that doesn’t mean that when they’re reading your applications, they’re not judging one Asian applicant against the next.” They sure are. It’s not right. It’s not ethical. Colleges will deny it. But it happens. Each and every year. And this must change! We’ve said it before, calling for change, but we’ll say it again. We’ll say it until we start seeing real-world change in an America with evolving racial demographics. We’ll say it until we don’t have to say it anymore — as we shouldn’t have to.