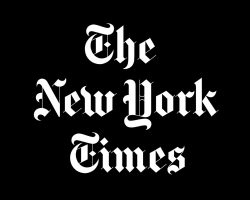 There’s an editorial today in “The New York Times” on the discrimination that Asian Americans face in highly selective college admissions.

Do caucasian American students have an advantage over Asian American students in college admissions? There’s an opinion piece today on the pages of “The New York Times” by Andrew Lam, a Chinese-American Yale alumnus, with a headline that we imagine is great click bait. His piece is entitled “White Students’ Unfair Advantage in Admissions” and of course we have to discuss his central arguments with our readers. Mr. Lam believes that Asian American applicants face discrimination in the highly selective college admissions process. Well, duh! We, of course, have long argued the same (see the Founder of Ivy Coach’s editorial on “The Huffington Post” entitled “Asian Americans Deserve Better in Ivy League Admissions“) as but one example. It’s a tune we’ve been singing for many years.

Mr. Lam discusses in his piece how when an African American Yale classmates of his was admitted to a medical school with what he argues “less academic achievement,” he initially felt disillusioned. But Mr. Lam also makes clear that he is a supporter of Affirmative Action. The issue he seems to have is that white applicants — not underrepresented minorities — have a distinct advantage over Asian American applicants. As he writes, “The number that is most revealing is the 140-point advantage for whites over Asians. To explain that disparity some might cite the myth that while Asian students have high test scores, they lack the well-rounded extracurricular interests and activities that colleges prize. But the study isolated race as a factor by controlling for variables like academic performance, legacy status, social class, type of high school (public or private) and participation in athletics. So that 140-point gap is between a white student and an Asian student who differ by little more than race.”

And they do face this discrimination. But for the Asian-American Coalition for Education to make their argument based on falsehoods — like the argument that highly selective colleges seek well-rounded students — gives us a killer headache. Because when this organization files claims with the Department of Education’s Office of Civil Rights against various highly selective colleges, claims in which the plaintiffs (including the son of a leader of this organization — no biases there!) are well-rounded, it’s so easy to shoot down their correct argument that Asian-Americans face discrimination in the admissions process with the argument that the student wasn’t rejected because he happened to be Asian American. He was rejected because he happened to be well-rounded. He was good at lots of things and great at nothing. He was rejected because he was, in a word, boring.

If Mr. Lam and, separately, the Asian-American Coalition for Education, seeks to right this system to help usher in an end to discrimination against Asian American students (and we are rooting for them!), we suggest they first learn the system. Because they just don’t seem to get it.