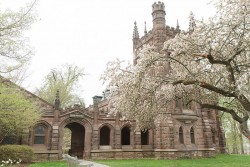 There are misconceptions about the discrimination that Asian Americans and Asians face in highly selective college admissions (photo credit: David Keddie).

There have been a number of articles over these last few months on the topic of the discrimination that Asian American applicants (and Asian applicants) face in highly selective college admissions. Ivy Coach has been featured in several such pieces. Some of these articles have salacious titles like “College Admissions Advisors Work To Make Asian Kids Less ‘Asian'” and while we get that bold titles like these reel in readers, we’d like to address two misconceptions.

If everyone does the same thing, nobody is interesting — no matter your ethnicity. If everyone plays the violin, it will elicit a snore. Maybe even a long slumber in between reading applications. You may laugh. But it happens. We promise. Just as students participating in Key Club — irrespective of one’s ethnicity — is boring (collecting keys doesn’t sound all that exciting, does it?). Ok, we know Key Club isn’t about collecting keys but come on. It’s lame. You know it. Our point is made. So it’s not that Asian Americans and Asians need to ‘whitewash’ themselves (again, it’s a word we hate but that’s essentially what ‘making kids less Asian’ implies). These applicants don’t at all need to deny their Asian heritage. They can be proud of it. And they should be! But just because you’re proud of your heritage doesn’t mean you have to be boring. The two are not inextricably linked. Get the idea?