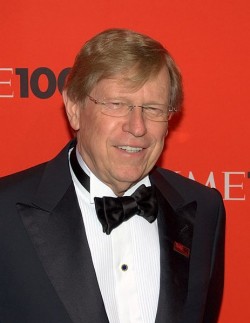 The Asian-American Coalition for Education clearly hasn’t retained the counsel of Ted Olson. The organization, to us at least, appears clueless (photo credit: David Shankbone).

Regular readers of our college admissions blog may remember the complaint filed with the United States Department of Education’s Office of Civil Rights some months ago by the Asian-American Coalition for Education against Harvard University. The complaint, as we correctly predicted, was dismissed. Another complaint filed by Asian-American groups against Princeton University was recently dismissed, too. And while we absolutely stand behind the argument that Asian and Asian American applicants face discrimination in the highly selective college admissions process not only at Princeton but at every elite institution, we suggested filing legal complaints likely wasn’t the right way to hope to address the discrimination.

But the Asian-American Coalition for Education doesn’t seem to listen to us. They’re at it again. And that’s their own fault. According to an article on Asian discrimination in admissions by Mariko Hirano in “Nikkei Asian Review,” ” The coalition’s latest call for a probe concerns a student who not only scored nearly full marks on the SAT, but also demonstrated an outstanding record of extracurricular activities, including leadership of a volunteer group and a school swimming team. The student was unable to get into Harvard and other Ivy League schools. The student’s father argues that rejecting such a candidate on the basis of race is not the American way.”

Here’s a point we’d like to make to this litigious Asian-American Coalition for Education: if you’re going to file complaint after complaint, at least get it right. The highly selective college admissions process is holistic. They’re not looking for well-rounded students. They haven’t been looking for well-rounded students for years. They’re looking for singularly talented students. So choose the student who serves as the basis for your complaint wisely. In this case, as it is described to readers in this article, they chose an appellant who was a leader of a volunteer group (that isn’t necessarily special at all!) and he’s on his school’s swimming team. If he’s not getting recruited for swimming, this too isn’t special at all. Oy vey is right. No wonder their complaints get summarily dismissed.

When David Boies and Ted Olson, two lawyers who led opposing sides of Bush v. Gore, took on Proposition 8 in California, you can bet they screened the gay couples that served as their plaintiffs. You can bet these were loving, committed couples who passed extensive background checks. And, for those who don’t know the outcome of this case, the conservative Olson and the liberal Boies pulled out a victory for gay marriage in California, a victory that set the stage for the Supreme Court’s subsequent decision that made gay marriage the law of the land in America. Get it together, Asian-American Coalition for Education. You’re a mess.