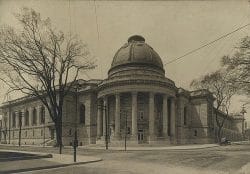 Asian Americans have it tough in highly selective college admissions. Any argument to the contrary ignores the data.

We simply don’t believe legal action is the way to change hearts, to change minds, to change admissions practices. It defies the American narrative as we understand it. Did the Supreme Court of the United States ultimately legalize gay marriage? You bet. But change didn’t start at the courts. It started at The Stonewall Inn in the West Village of Manhattan. Similar cases can be made for the black civil rights movement and the women’s rights movement in America.

But we will call out university spokesmen on politically correct nonsense. A quote in “The Yale Daily News” by Yale spokesman Tom Conroy is just that — politically correct mumbo jumbo. As reported by Yale’s newspaper, “University Spokesman Tom Conroy reaffirmed the necessity of Yale’s admissions policies in creating diverse classes of students. ‘All relevant factors are considered in the context of the application as a whole, and the decision on any applicant does not turn on any one factor alone,’ Conroy said. ‘In conducting a holistic review, applicants are not disadvantaged in the admissions process on the basis of race or national origin.'” We don’t believe for a second that Mr. Conroy believes the words he’s uttering. Sometimes when you say something so may times, you start to believe it. Maybe that’s the case here. Asian Americans are not disadvantaged in the admissions process on the basis of their race? Hogwash.