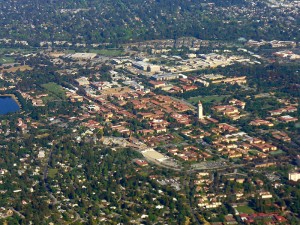 There’s a segment and article on “WBUR,” Boston’s “NPR” affiliate that focuses on colleges seeking angular students in today’s highly selective college admissions process. No kidding. This isn’t exactly news as the well-rounded student went out with the George H.W. Bush administration. Not the George W. Bush administration. And yet even though we’ve been writing about highly selective colleges seeking angular students for years and even though this is commonly known by many folks across the country — both in the admissions community and not — it never ceases to amaze us how many folks still seem to think colleges want the kid who is involved in eight activities from key club to swimming to wrestling and everything in between.

They aren’t seeking out those students. We don’t know any other way to write this! Maybe the problem is that parents don’t seem to recognize what well-rounded means. If your daughter is involved in several clubs at her school, each for a few hours a week, and runs track as well as plays field hockey, she sounds awfully well-rounded to us! Think about it this way: Will she be recruited for track? Is the answer no? Oh, ok. What about for field hockey…will she be recruited for that? Oh, ok. And how about key club? Do you think a college will drool over the fact that she devotes three hours out of her week to attend a meeting? Oh, ok.

We hope you get the idea. To share a story of another parent who just doesn’t get it, here’s an anecdote from the “NPR” piece: “Andrew Flagel, senior vice president for students and enrollment at Brandeis University, tells the story of a huge high school student and his parent who recently walked up to him. The student was towering over Flagel, his muscles rippling, a big, tough-looking kid. His mom, maybe a third of her son’s height, storms up, wagging her finger in Flagel’s face. ‘Saying, ‘You need to tell my son to drop crew because I need him to do better in his extracurricular and he’s got to take more APs, and that’s what going to get him into college, and you gotta tell him it’s about debate and about about doing the APs and get out of crew.’ And I turn around and look and this big, tough-looking, powerful kid has tears in his eyes. And he gets all choked up and says, ‘I just love crew.’” Wow. This kid seems like he was built to get recruited for crew. Not to mention it’s what he loves! The mom couldn’t be more wrong!