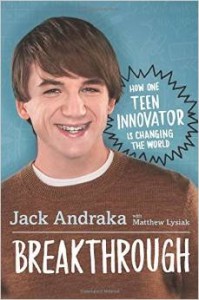 Need we say more about this remarkable young man and member of Stanford’s Class of 2019?

Students and parents sometimes ask us to share with them the best through line we can think of from a college admissions standpoint. We’ve written before about the young man who, with spare bike parts and other odds and ends, harnessed the power of the wind to power his Malawi village and change the lives of his fellow villagers. This young man, who was not our student, changed the world even before applying to college. A central question college admissions officers keep in the back of their minds when reviewing applications is: “Will this person change the world and, if so, how?” This young man, William Kamkwamba, had already changed the world before applying. Heck, he’d even co-authored a #1 “New York Times” bestselling book chronicling his inspirational story. William Kamkwamba is, in our opinion, the greatest college applicant. Ever.

But we’ve already shared with you William’s story and he’s since graduated from Dartmouth College. So let’s share with you another story of a remarkable college applicant, Jack Andraka. From the young man’s own website (hey, he’s good at getting his story out there!), “Jack Andraka was just a fifteen year old Maryland high school sophomore when he invented an inexpensive early detection test for pancreatic, ovarian, and lung cancers. Now, at seventeen, Jack’s groundbreaking results have earned him international recognition, most notably a 2014 Jefferson Award, the nation’s most prestigious public service award, 1st place winner in the 2014 Siemens We Can Change the World Challenge, the 2012 Intel ISEF Gordon Moore Award, the 2012 Smithsonian American Ingenuity Youth Award, a spot on Advocate Magazine’s 2014 40 under 40 list, a fellowship as a National Geographic Explorer, and he’s also the 2014 State of Maryland winner of the Stockholm Water Prize. In addition, Jack was First Lady Michelle Obama’s personal guest at the 2013 State of the Union Address. He speaks to audiences of youths and adults all across the globe about his personal story, research, and his ideas for STEM education reform. He has been featured in several documentaries including Morgan Spurlock’s Sundance Film Festival entry, “You Don’t Know Jack,” Linda Peters’ award winning film, “Just Jack,” as well as ABC World News with Diane Sawyer, CNN, BBC, Fox, and radio, newspaper, and magazine articles around the world. His young adult memoir, Breakthrough: How One Teen Innovator is Changing the World is available in bookstores.”

Pretty absurd, wouldn’t you say? He invented an inexpensive early detection test for pancreatic, ovarian, and lung cancer! We haven’t seen Jack’s college essays and hopefully he doesn’t make the mistake of bragging about his accomplishments. But it’d be pretty difficult to mess up what has the makings for one of the best college applications ever submitted. Stanford University seemed to concur. Jack Andraka, the openly gay cancer researcher who has inspired so many, will be a member of their incoming Class of 2019.

Know the story of another remarkable student like William Kamkwamba or Jack Andraka? We’re eager to hear these stories so tip us off by postig a Comment below. We look forward to hearing from you.