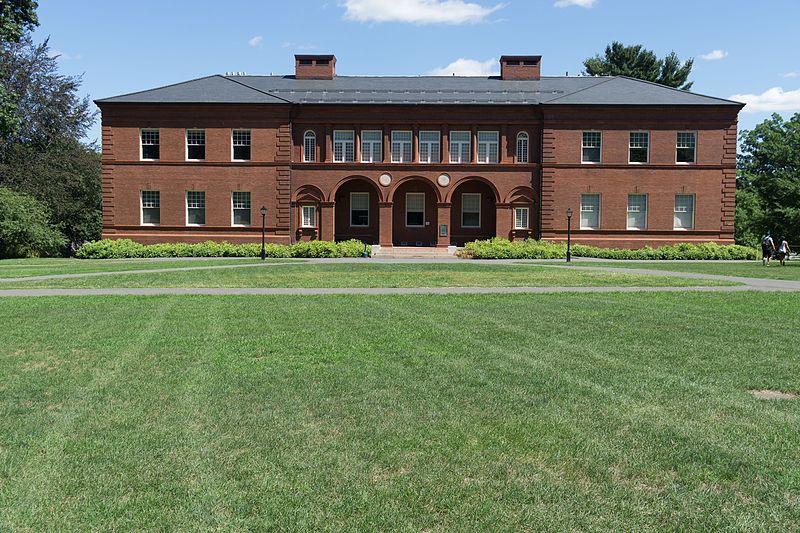 It was a record-breaking year in admission at Amherst College for the Class of 2022 (photo credit: Kenneth C. Zirkel).

Amherst College has released information on its admitted students to the Class of 2022. In all, a record 9,722 students submitted applications to Amherst this admissions cycle. Of these students, 1,244 earned admission. The admission rate for the university that regularly sits right near the top of the “US News & World Report” “Best Liberal Arts Colleges” ranking had an admission rate for the Class of 2022 of 12.8%. 37% of admitted students were admitted through Amherst’s Early Decision program. Of the Regular Decision admits, the school anticipates that between 37-39% will choose to matriculate. The anticipated class size for the Amherst College Class of 2022 would thus be somewhere between 460-485 students.

Breakdown of the Amherst College Class of 2022

While it was a record-breaking year for Amherst’s admissions office, note the school admitted students from 49 of the 50 states. As our regular readers know all too well, if a student had a pulse in that state from which Amherst was unable to find a student to admit, he or she would have likely been offered admission. While we exaggerate a bit, we really are only exaggerating a teeny tiny bit. Highly selective colleges love to brag that they’ve admitted students from all 50 states so when you get so close to 50 but can’t quite reach the milestone, well, it must be tough! But what a year it was in admission at Amherst College for the Class of 2022. Congratulations to all students who earned admission to Amherst’s incoming class!