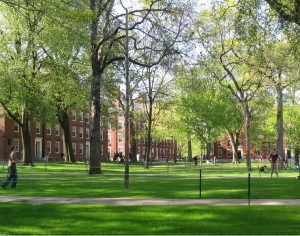 Should males be able to play the affirmative action card? You tell us.

You heard us. Men. Even Caucasian men. And that’s because women are outnumbering men in college admissions, a trend that’s been the case for decades. Indeed according to “CBS News,” “The National Center for Education Statistics projects that women’s enrollment will increase 16 percent by 2020, compared to 8 percent for men. At that point women will comprise 59 percent of post-secondary students, men just 41 percent. In 2009, the most recent year for which data are available, the gender split was 57 percent women, 43 percent men.”

So what does this mean in highly selective college admissions? It means that men with lower grades and test scores are often given a little edge over women with possibly a bit higher grades and test scores. This is all in an effort to create an even balance of men and women – to foster gender equality. We know that sounds a bit funny! In fact, according to a survey by “Inside Higher Ed” as reported by “CBS News,” “11 percent of admissions directors said they admit male applicants with below average test scores and grades. Only 3 percent of the 462 surveyed said they admit female applicants with below average credentials.”

Check out this post on Affirmative Action and let us know your thoughts on this controversial matter by posting below!