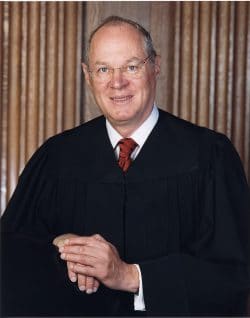 In a landmark Supreme Court decision, Affirmative Action has once again withstood the scrutiny of America’s highest court. And the 4-3 decision was indeed a surprise. Many believed that this time Affirmative Action would alas face a legal setback but with the death of Justice Antonin Scalia some months ago, a victory for the plaintiff, Abigail Fisher, was not in the cards.

It was the swing voter, the man whose vote in favor of the right for gay men and women to marry ended the decades long battle for marriage equality in America with a resounding victory for the LGBT community, who proved the pivotal vote again. Anthony Kennedy, a justice who as “The New York Times” points out has “long been skeptical of race-sensitive programs” continued to cement what has become a life’s legacy in recent years of championing equality and equal opportunity. As the piece by Adam Liptak in “The New York Times” points out, “The ruling’s basic message was that admissions officials may continue to consider race as one factor among many in ensuring a diverse student body.”

Ivy Coach supports our nation’s highest court’s decision. For a long time, we didn’t believe the court would rule any other way but we too started buying into the hype — that a major ruling was in store that would turn the tide against the use of Affirmative Action in admissions. But that tide would not turn. Justice Anthony Kennedy, the appointee of President Ronald Reagan, and author of the majority opinion, would not allow it. Affirmative Action is far from a perfect practice. Far from it. But in a holistic admissions process — which is the process at all of America’s highly selective colleges — it’s the best practice we know to foster diverse college campuses, to promote equality under law, to inspire equal opportunity.