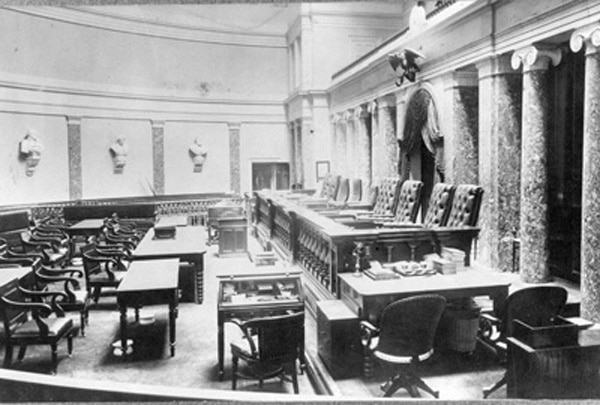 You heard it here first. We’re flip flopping on an opinion. We believe the Supreme Court will rule in favor of Abigail Fisher. Yes, you read this correctly.

For so many years, we’ve correctly predicted the Supreme Court rulings on Affirmative Action (hi, University of Michigan). And we’ve been predicting for some time that the University of Texas at Austin would prevail over the plaintiff, Abigail Fisher, a young woman who has become a crusader against the practice of using race as a factor in the holistic college admissions process. A “New York Times” piece we opined about yesterday didn’t sway us nor did several other pieces in respected American publications — even though the writers seemed to argue the court was leaning strongly toward reversing (or rewriting) Affirmative Action policies.

We can’t remember ever flip-flopping on our college admissions blog. But we’re flip-flopping now. We believe the high court will rule in favor of Abigail Fisher and not the University of Texas at Austin. Wowsers is right. But will this diminish the remarkable legacy of Justice Anthony Kennedy?

But we do have great respect for Nate Silver and his team of data-driven analysts at “FiveThirtyEight.” After all, Nate Silver did predict with a remarkable degree of accuracy — state by state — how President Obama would defeat Senator McCain in the 2008 election. And he’s done a whole lot of successful data analysis in a host of fields — from sports to movies, healthcare, you name it. So we have to admit that a piece on his site, one authored by Hayley Munguia entitled “Here’s What Happens When You Ban Affirmative Action In College Admissions” changed our minds entirely. We’re reversing course. We believe America’s highest court will rule in favor of Abigail Fisher, against the University of Texas at Austin, and that Justice Anthony Kennedy will cast the all-important vote in favor of changing, or doing away with, this longstanding policy. Yes, we’re flip-flopping on this particular opinion. It happens. Deal with it, Secretary Kerry.

And what’s some of the data “FiveThirtyEight” has to share? “Hispanic students are underrepresented by at least 20 percent at 82 percent of the country’s public research universities. In states with affirmative action bans, only one school, Florida International University, has at least the same proportion of Hispanic students as the state’s college-age population.” Interesting to say the least. The pieces goes on to assert, “Minorities found more representation on college campuses when affirmative action policies were in place. As The New York Times has pointed out, in most states that have banned affirmative action, the gap between the proportion of minority representation on these campuses and the proportion of minorities in states’ college-age populations has grown since the bans took effect.”

Of course this data doesn’t point to why Justice Kennedy will side with Ms. Fisher but it just planted some seeds in the back of our heads and led us to realize that maybe, just maybe, things are about to hit the fan. As it pertains to Affirmative Action in college admissions.