Affirmative Action By The Numbers 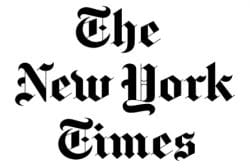 A piece in “The New York Times” examines Affirmative Action by the numbers.

As Dana Goldstein reports in a piece entitled “When Affirmative Action Isn’t Enough” for “The New York Times,” “Nationwide, 15 percent of 18-year-olds were black and 22 percent were Hispanic in 2015, according to federal data. At the elite colleges examined by The Times, 6 percent of noninternational freshmen were black and 13 percent were Hispanic.” To land this point home, highly selective college campuses do nor mirror the American general population. 15% of college-aged applicants were black in 2015. 6% of non-international first-year students on these very campuses were black in the same year. While, as Mark Twain would suggest, statistics don’t always tell the full story, they sometimes tell enough of a story for folks to understand what’s going on.

But let’s get more specific, by focusing on one of America’s top public university systems. The same piece in “The New York Times by Goldstein points out, “Only 3 percent of University of California freshmen were black in 2015, compared with 7 percent of the state’s college-age population, while a third were Hispanic, compared with half the statewide population.” And how about the likes of Princeton and Harvard? In the same academic year, 8% of freshman were black while 13% identified as Hispanic, both statistics lower than these groups’ piece of the pie chart of the general American population.

As the statistics on Affirmative Action make clear, while colleges go to great lengths to find and admit students who are underrepresented minorities, they have difficulty finding these students. As the piece in “The New York Times” points out, “At Pomona, roughly half of the admissions budget is allocated to recruiting underrepresented students. Amherst College, where more than a quarter of the incoming class of 2015 was black and Hispanic, says it funds travel for 200 prospective applicants to visit the campus each fall, in order to convince the largely urban, low-income students of color that they could thrive in small-town Massachusetts.” Schools like Pomona and Amherst, two of the most selective colleges in America, would not have to go to such lengths or pay such hefty costs if it was so easy to encourage underrepresented minority students to apply. Critics of Affirmative Action so often make it seem like students admitted under such policies make it impossible or near-impossible for students who are not underrepresented minorities to earn admission. And as the statistics make clear, it simply isn’t true.

Have a thought on Affirmative Action by the numbers? Let us know your thoughts, your questions, your musings, your intuitions by posting a Comment below. We look forward to hearing from you.