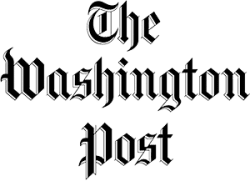 There is a good piece in “The Washington Post” on Harvard’s model for Affirmative Action.

There’s an interesting piece in “The Washington Post” by Nick Anderson entitled “How Harvard set the model for affirmative action in college admissions” that we figured we’d share with our readers. After all, Affirmative Action is a hot topic right now with the Supreme Court expected to soon rule on the Abigail Fisher case. The articles describes how about forty years ago, Justice Lewis F. Powell Jr. singled out Harvard’s race-conscious admissions practice when the court was debating whether race could be lawfully taken into account in admissions decisions.

In the majority opinion, Powell wrote, “This kind of program treats each applicant as an individual in the admissions process. The applicant who loses out on the last available seat to another candidate receiving a ‘plus’ on the basis of ethnic background will not have been foreclosed from all consideration for that seat simply because he was not the right color or had the wrong surname.” So essentially, the high court appreciated how Harvard wasn’t using a quota system but instead a holistic admissions process in which race was but one of several factors in the decision-making process (although it’s important to note that Harvard had previously used a quota system, one that discriminated against Jewish applicants in particular).

In the appendix to the opinion of Justice Powell, who wrote for the majority, he stated, “The belief that diversity adds an essential ingredient to the educational process has long been a tenet of Harvard College admissions. Fifteen or twenty years ago, however, diversity meant students from California, New York, and Massachusetts; city dwellers and farm boys; violinists, painters and football players; biologists, historians and classicists; potential stockbrokers, academics and politicians. The result was that very few ethnic or racial minorities attended Harvard College. In recent years, Harvard College has expanded the concept of diversity to include students from disadvantaged economic, racial and ethnic groups.” And while this certainly is true, the notion that Harvard — and all highly selective colleges — want to recruit students of all colors and backgrounds, of all socioeconomic backgrounds, they still want the farm boys (and girls!) and classicists, the football players and biologists. These folks continue to add to the great diversity of Harvard too.

Have a question on the practice of Affirmative Action at Harvard? We’re curious to hear from our readers.