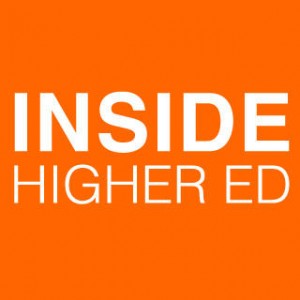 “Inside Higher Ed” reports on an admissions scandal coming out of Florida.

Just about every year, we write of a college admissions scandal. The University of Illinois at Urbana-Champaign and Claremont McKenna College are two past honorees in this category deserving of a mention at the end of “Anderson Cooper 360” on the “RidicuList.” Well, this year that distinction belongs to a less selective college — Flagler College, a liberal arts school in Florida. From the fall of 2010 until the fall of 2013, a senior admissions officer at Flagler College altered data to the college’s benefit. And why would they do such a thing? Well, to boost the college’s rankings of course. And — likely — to make it seem like they’re doing great work as well.

According to an “Inside Higher Ed” article on the college admissions scandal written by Scott Jaschik, “A statement from William T. Abare Jr., the president, said that  ‘a senior admissions officer has resigned after taking sole responsibility for misreporting test scores, grade point averages, and class ranks of entering freshman. We have notified appropriate organizations, agencies, and accrediting bodies of the situation and have informed them that we have commissioned an independent investigation. We will disclose the findings once we receive the final report. We are reviewing what happened and are developing policies, procedures, and systems to ensure this does not occur again.'”

And reports are out (“The St. Augustine Record”) that the culprit is Marc Williar, a vice president for enrollment management at Flagler. What’s a bit unusual is that Williar not only admitted wrongdoing but did so publicly. Usually these folks just disappear off the radar. This took some courage on Williar’s part at least. Said Williar, “I made a serious misadjustment and inflated the profile and said that it was something it wasn’t. I’m very ashamed and I feel very remorsefully for how I’ve let them down.” Admissions officers, don’t fudge your admissions statistics. It’s absolutely ridiculous. You don’t want us writing about you next year, do you? We didn’t think so.