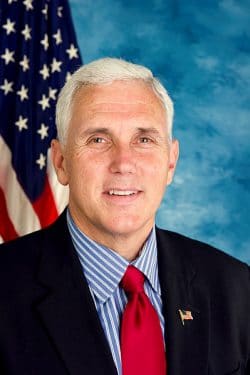 A term or two in Congress. A seat on the Committee on Ways and Means. Community organizer. Distinguished service to America in the Persian Gulf. Or even billionaire business mogul. It’s these kinds of experiences that American presidential and vice presidential contenders can often claim on their resumes. But college admissions officer? That sounds highly unusual.

Mike Pence, Governor of Indiana and Donald Trump’s vice presidential choice, worked as an admissions officer at Hanover College, his alma mater, according to some news outlets. As our readers are unlikely familiar with Hanover College, it’s in Indiana. And don’t worry. It only sounds vaguely familiar to us too. But apparently the school has produced three Indiana governors. Although that’s nothing to brag about since Governor Pence tried to use his authority as governor to write discrimination into Indiana law with the Religious Freedom Restoration Act (we were very proud when former USC athletic director and Trojan hero Pat Haden refused to attend a College Football Playoff meeting in Indiana because he has a gay son, our pal Ryan).

Can you name any other American politicians who worked in admissions? We sure can’t! We issue this challenge to our readers. Ready go. Bueller?