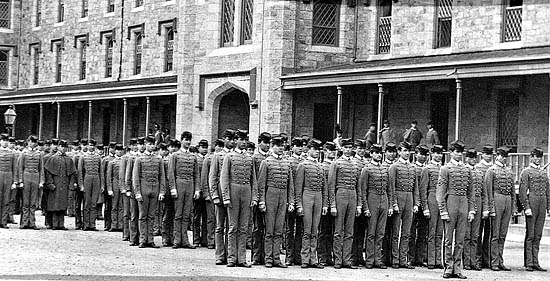 West Point is one of the most prestigious institutions in America.

A shuttle run. Pull-ups or an arm hang. Sit-ups. Push-ups. A basketball throw. A 1-mile run. With limited rest in between each task. If that doesn’t sound like part of the college admissions process to you, then you’re not familiar with the admissions process to one of America’s most elite, and enduring, institutions — West Point. The United States Military Academy is one of the most selective institutions in America. It’s the alma mater of some of America’s most notable figures — from U.S. Presidents Eisenhower and Grant to the astronauts Michael Collins and  Buzz Aldrin (we hope Buzz is feeling better from his visit to the South Pole) to famed college basketball coach Mike Krzyzewski. It is one of our nation’s most storied institutions.

As an article in “Business Insider” by Abby Jackson entitled “Here’s the grueling application process for one of the best colleges in the US” correctly points out,” “It’s also incredibly difficult to gain access into. Its 10% admissions rate rivals some Ivy League colleges — and acceptance is based on both academic and physical requirements. For instance, applicants cannot be be married, pregnant, or have any children that they have legal responsibility for. They cannot be older that 22 when they apply, and must be at least 17. The admissions process also starts much sooner than at traditional schools. Beginning in candidates junior year, they must fill out a questionnaire and begin applying for official nominations. These nominations come from members of Congress, US senators, the vice president, as well as other military personnel. Next, applicants undergo a medical assessment that examines both their physical and mental health, as evaluated by The Department of Defense Medical Examination Review Board. Then it’s on to the Candidate Fitness Assessment (CFA), a six event exam aimed at judging the applicants’ physical fitness level.”

West Point, we should also add, has one of the most beautiful college campuses in the world. And while we don’t help students applying with their push-ups and shuttle runs (some things, you just can’t do remotely), we do help with the rest of their applications, with helping them stand out in the competitive admissions process to one of the most prestigious institutions in our nation.