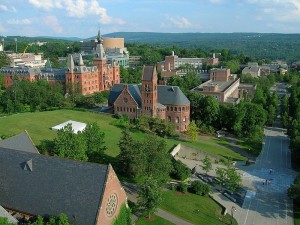 Gaining admission off waitlists is indeed possible, as our students who first came to us as clients after being waitlisted are once again proving this year (photo credit: sach1tb).

We’ve read a bunch of articles of late that seem to suggest being waitlisted at highly selective colleges is essentially a rejection. We were even featured in an article last week that suggested as much in its title in “Bloomberg”: “At Top Schools, a Spot on the Wait List Might as Well Be a Rejection.” We’re perfectly fine with folks thinking that — that a spot on the waitlist might as well be a rejection. The fact is, it’s not the case. And the calls, texts, and emails we’ve received on May 1st and 2nd stand to counter this erroneous claim. Indeed, many students who approached us for the first time as clients after being waitlisted earned admission off waitlists over the last couple of days. The notion that it’s impossible to get off such waitlists firmly contradicts our successes.

And why are colleges going to their waitlists so soon? After all, students just let colleges know of their matriculation intentions on May 1st. Why have these schools already gone to the waitlists? Think of it like this: It’s the same as likely letters in the Regular Decision round. These colleges are trying to sway their waitlisted students to matriculate. Indeed, many of the schools our students have already been admitted to have told our students that they have as few as two days to decide if they’ll be attending! That’s right. After all of this time, the students have two days. And of course many of our students are choosing to commit, even with this added pressure from the colleges.

We’ve also heard from some of our waitlisted students that they’ve earned admission off of waitlists that we didn’t directly help them with. But, as they told us, they used the techniques we taught them in the Letter of Enthusiasm(s) that we did work on and took this same approach with other schools at which they were waitlisted. And we could not be happier for them. And for those students who haven’t yet heard from the colleges that have waitlisted them, fear not. There is plenty more time. In years past, our students have gotten off waitlists  in late August. They already had their bags packed for another school. Literally. And then the school that waitlisted called. And everything changed.

And, yes, schools often call. Or they write in to call them. Because admissions officers aren’t that busy right now and they want the chance to deliver the good news in person. After all, it’s only human!