Admission Is Not Random 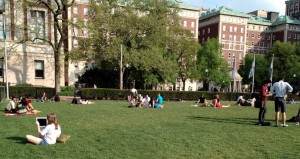 Getting into a highly selective college is by no means “random,” as Steve Cohen seems to suggest at the end of his editorial.

But enough about this line we’re poking fun at. We’d like to address a few other points articulated in Mr. Cohen’s latest editorial. We have neither time nor energy to correct all of his incorrect statements, but we’ll touch upon a few of this attorney’s comments. He writes in his opening line, “The going rate in New York for a private admissions counselor is $25,000, with some, who boast staffs comprised exclusively of Ivy League admission office alumni, commanding upward of $40,000 for a year of admission guidance.” Mr. Cohen, while we do indeed boast a staff of former Ivy League admissions officers as well as other admissions officers of highly selective colleges, let us assure you that the fees you cite are not within ballpark of our Unlimited Package. You have not fully done your homework. The fee for our Unlimited Package is readily available for you to learn about on “CNBC” as an example.

You also suggest the following: “I’ll propose one change that could put the whole system into perspective: every selective college should allocate 1 percent of its entering class admission slots to a lottery: 39 kids at Vanderbilt, 27 at Brown, and so on. A random selection process for a tiny percentage of the class. The personality of the place probably wouldn’t change. But it would underscore the randomness of the whole process and give kids one little, extra bit of hope. And hope is a good thing.” The highly selective college admissions process — and the Ivy League admissions process, Mr. Cohen, is by no means “random” as you suggest and this point undercuts so many statements that you made in your editorial that are indeed both entirely accurate and rather insightful to readers. If the admissions process were random, students with terrible Academic Index scores would gain admission to Ivy League colleges. Students with terrible essays would get in, too, as would — potentially — convicted felons. Get the idea? We hope so. Random. Ridiculous.