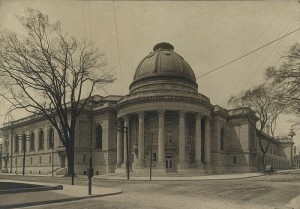 A student at Yale offers insight into how the admissions office analyzed his candidacy to the school a few years ago. If you’re a regular reader of our blog, little should come as a surprise to you.

There is a good editorial on the pages of “The Yale Daily News” by a Yale student, Scott Greenberg, entitled “My glimpse into admissions” that we thought we’d share with our readers. We’ve previously discussed a provision of FERPA on our blog, a provision that allows students over the age of 18 years of age the right to “inspect and review” their educational records kept by the schools they attend. A few weeks after Scott Greenberg submitted his request to the Yale admissions office, his request was granted and he was allowed to come in to review his file, although he expressly wasn’t allowed to make copies of the material he reviewed or take photographs of it.

The chance to see how admissions officers evaluated his application to Yale offered insight to Mr. Greenberg that the admissions process to highly selective colleges such as Yale is indeed a holistic one. This surprised him. Our response? Duh. Of course the admissions process to Yale is a holistic one. Why else would so many students with perfect or near perfect grades and test scores be denied admission each and every year to some of America’s top institutions like Yale? After all, we’ve been saying all of this on our college admissions blog for years. As Mr. Greenberg writes, “I was surprised and impressed by how much the readers of my application were able to glean about my personality. While my first reader went through my application section by section in her comments, it was clear that she was synthesizing different portions of my application to create a holistic picture of my character and interests. At one point, she noted how a comment I had made in one of my essays fit thematically with some of my extracurricular commitments, for instance.” We repeat…duh!

Mr. Greenberg goes on to write, “Yet, any broad themes about my life that my readers identified were almost certainly those that I intended them to pick up on when I wrote the application four years ago. It is often said that, above all else, Yale’s admissions process implicitly selects for high school students who can craft a good personal narrative to sell themselves. Viewing my admissions records did not contradict this hypothesis. I like to think that I represented myself honestly in my application, yet I was somewhat disturbed by how easily I was able to convey a certain set of personal qualities that all three of my readers picked up on.” We’ve long stressed the importance of those college admissions essays to share your story!

But not everything Mr. Greenberg writes is correct. For instance, he writes, “What I did learn is that Admissions Officers review applications more carefully than I thought, but the limited information they have to work with makes admissions, at the end of the day, mostly a matter of luck.” This final point of his is absolutely off-base. If it were luck, then why would his essays matter? Why would his Academic Index be calculated? Why would admissions officers take such copious notes on his file? Why not just throw applications at a wall and see which one lands closest…and then admit the student represented by that file? Admission to Yale has little to do with luck and it is, without question, a holistic process. This editorial by Mr. Greenberg only serves to confirm this fact so we’re surprised by his concluding point.

While you’re here, read about how we’re quoted in “The Yale Daily News” on the subject of Yale’s application figures this year.