A Salute to Vassar College 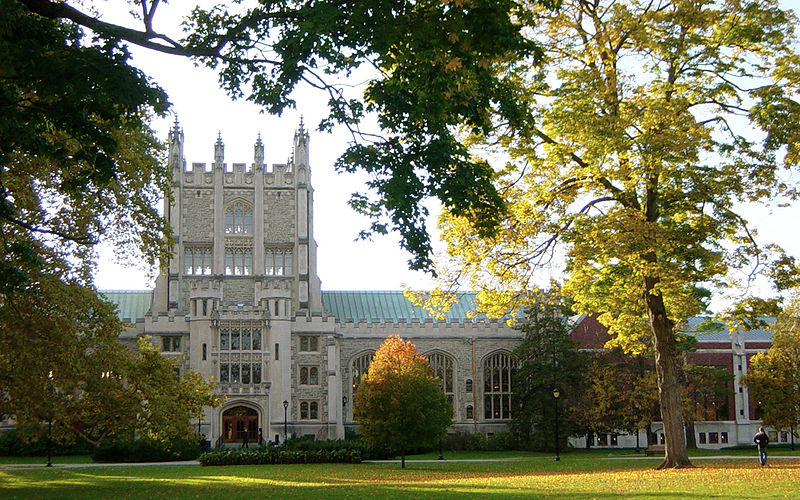 Vassar College proudly doesn’t serve the freshest fruit to its students. And why does that matter? Malcolm Gladwell will tell you (photo credit: Noteremote).

We recently came across a podcast on college admissions that aired last year — and we just have to share it with our readers because it is, in a word, phenomenal. And do excuse us for being late to the dinner party on this one occasion. It’s the “Food Fight” episode of Malcolm Gladwell‘s “Revisionist History” podcast. The episode focuses on Bowdoin College and Vassar College — and the disparate roads these two small liberal arts colleges have taken in recent years.

So what are these two roads that diverged in a wood? Well, in short and all as according to Gladwell, while Bowdoin College has devoted much of its resources to offering current students the very best in dining options — from artisanal cheeses to eggplant parmesan pancakes (yes, you read that correctly), Vassar College proudly serves a lackluster salad bar with iceberg lettuce and some not so fresh fruit, to put it mildly. And why is Vassar proud that its food doesn’t stack up to the gourmet delicacies of its Maine counterpart, Bowdoin? Because it is Vassar’s mission to educate students who need full financial aid, to educate the very brightest among us be they rich or poor. The more dollars they spend on food, the fewer dollars they can spend on admitting students on Pell Grants, on admitting students who need full financial aid.

Indeed Bowdoin and Vassar are rivals. You see, every college — and Bowdoin and Vassar are no exceptions — needs full-paying students to subsidize the tuition of students whose families simply can’t afford the high price of annual tuition. As an administrator at Vassar puts it (or rather how Gladwell simplifies it for folks to digest), in describing how the school seeks both smart full-paying students as well as smart students who need financial aid, it’s “a barbell.” And to attract the full-pays, as college admissions officers like to call them, it sure does help to have great food, to have newly renovated dorms with private baths…you name it. A kid from Beverly Hills wants to be able to eat vegan if she so desires.

Malcolm Gladwell, in a compelling podcast, makes Vassar a hero and Bowdoin a villain based on a thought-provoking analysis certainly worth a listen.

So therein lies the rub. Vassar and Bowdoin both seek to attract students whose families can pay the full cost of tuition. In no uncertain terms, they’re competing for these same students. They’re rivals. But while the wealthier Bowdoin is devoting significant dollars to amenities like delicious food, which helps attract those full-paying students, Vassar is devoting more significant dollars to financial aid for students who need that money to be able to attend such a great liberal arts college. Or, as Gladwell puts it, “Atrocious fresh fruit is a small price to pay for a little social justice.” And of course, it’s important to note that after the podcast’s release, Bowdoin has disputed the dollars earmarked for its food along with many other claims asserted in Gladwell’s compelling piece.

Like with so many Malcolm Gladwell pieces (we are among his biggest fans), there’s indeed a counterargument refuting many of his claims. But his argument, like so many of his arguments, is surely a compelling one and so based on these arguments, we salute Vassar College for their self-acknowledged atrocious fresh fruit and for doing what they can to bend the long arc of the moral universe towards justice. We encourage our readers to listen to Gladwell’s podcast as well as read the counterargument — to be fair to Bowdoin, which of course issued a statement in response to Gladwell’s piece. Our readers can then decided for themselves if they’re team Vassar or team Bowdoin.