A Message to Asian American Parents 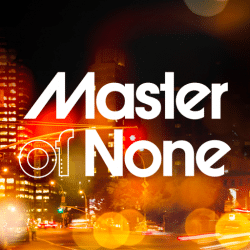 Alan Yang, a co-creator of “Master of None” issued a powerful message to Asian American parents at last night’s Emmy Awards.

Did anybody happen to catch Alan Yang’s speech at the Emmy Awards last night? We sure did. We want to reiterate what Alan, a co-creator of the Aziz Ansari starring “Master of None” said in the hope that it resonates. By way of background, Alan used to be a writer on NBC’s “Parks and Recreation” before co-creating the first major American television show starring an Indian American, his co-creator, Aziz Ansari.

Alan’s speech last night at the Emmy Awards is one we hope will echo across America and around the world. Upon winning the Emmy for Best Writing for a Comedy Series, Alan said, “There are seventeen million Asian Americans in this country. And there are seventeen million Italian Americans. They have “The Godfather,” “Goodfellas,” “Rocky,” “The Sopranos.” We got Long Duk Dong so we got a long way to go. But I know we can get there. I believe in us. It’s just going to take a lot of hard work. Asian parents out there, if you could just do me a favor…if just a couple of you get your kids cameras instead of violins, we’ll be all good.”

Ivy Coach salutes television scribe Alan Yang for his candor, for telling it like it is. And we sure hope what he said last night at the Emmy Awards resonates.

We couldn’t have said it any better ourselves. May Asian American parents heed the advice of Alan Yang. While it may be a stereotype to assert that so many Asians play the violin, like it or not, stereotypes are often based on truth. And the fact is that so many Asian American young people play the violin. And why? Because, in so many cases, their parents force them to. But highly selective college admissions officers aren’t searching for conformists. They’re searching for interesting young people who bring unique perspectives to college campuses. If everyone plays the violin, how are they interesting? How will they uniquely contribute to our country’s narrative?

Asian American parents out there, please watch Alan Yang’s speech. And then watch it again and again. Because his words couldn’t be more true. His message to Asian American parents, while amusing, is also a message that should be heard and taken seriously if the Asian American community hopes to overcome the discrimination they face in highly selective college admissions.