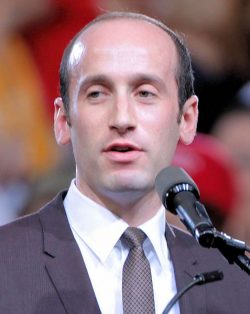 A couple of months ago, it’s been reported that Stephen Miller, a key advisor to President Trump, attempted to persuade his boss to order Chinese nationals be banned from studying at American universities. As tensions continue to escalate between the United States and China, particularly in the South China Sea, it comes as no surprise to us that President Trump’s absolutely irksome, xenophobic, uncharismatic young advisor would take the audacious step of trying to ban an entire group of people from pursuing their educations at our nation’s most elite institutions. You see, Miller pushed the ban because elite universities aren’t exactly bastions of pro-Trump sentiment so — since Chinese nationals are a cash-cow for many of America’s elite universities — why not kick them where it hurts…their wallets?

Oh Stephen Miller! How you didn’t think things through. Even President Trump thought better. Chinese students are among the most-represented foreign nationals on the campuses of America’s most highly selective colleges. And these Chinese students tend — overwhelmingly — to be full-pays in that they don’t require financial aid. They pay the full cost of tuition, effectively subsidizing the tuition for many American young people who depend on financial aid in order to pursue their educations. Oh Stephen, Stephen. We know your own uncle isn’t such a fan of yours but this latest move of yours, well, it’s rather embarrassing to say the least.

As David Meyer reports in a piece for “Fortune” entitled “Trump Aids Reportedly Pushed to Ban Chinese Students From Studying in the U.S.,” “Terry Branstad, the U.S. ambassador to China, apparently countered by pointing out that such a move would harm smaller colleges, and U.S. embassy officials in China noted that spending by Chinese students contributes to the service-sector trade surpluses that most U.S. states are running with China.” Uh, yeah. Some of the parents of our clients at Ivy Coach have singlehandedly made major contributions to the American economy, buying major real estate for their children while they’re studying here in the United States as but one example. Does Stephen not want Chinese folks parking their money in the U.S.? Perhaps Stephen needs a crash course in economics. What do ya say, Stephen?