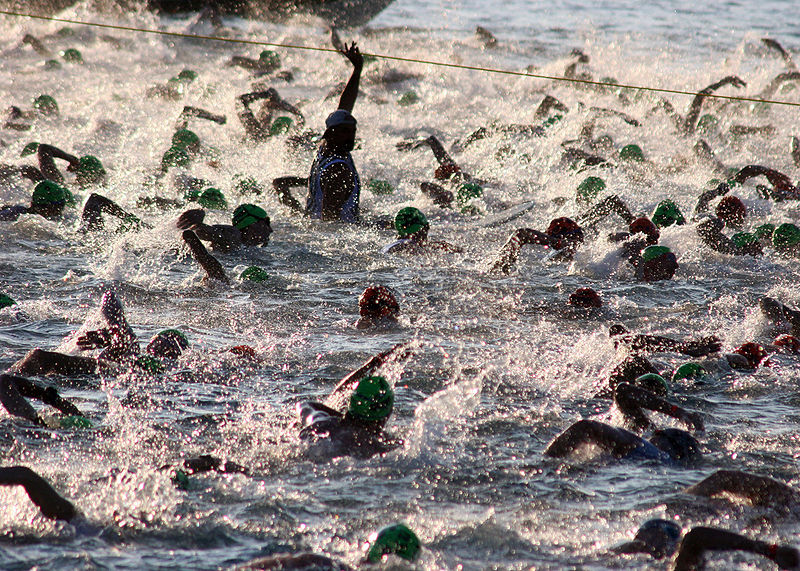 The Gaokao is the all-important exam for university admission in China. If the SAT is a marathon, the Gaokao is an Ironman.

For students in China, the Gaokao is the all-important exam that, in many ways, determines their educational future. It’s a tough test that requires quite a bit of studying. In the United States, it would be the equivalent of college admissions officers only weighing your SAT score to determine whether or not you’re admitted. Only the Gaokao is a whole lot more intense than the SAT. If the SAT is a sprint triathlon (maybe a 400 meter swim, 10K bike, 5K run) , the Gaokao is the Ironman (2.4 mile swim, 112 mile bike, 26.2 mile run). Yeah, that’s right. And there’s quite a bit of unrest in China over the Gaokao exam — particular as it relates to gender. Because Chinese females have been doing so well on the exam, Chinese universities have had to admit males with lower Gaokao scores to balance out their classes. So females with higher scores than their male counterparts are being denied admission while the males are getting in. It doesn’t seem fair, right?

According to an article on the Gaokao and China university admission in “The Los Angeles Times,” “In China, national data on male and female test scores aren’t made public, but in recent years universities have published scores of incoming students on their websites. That is how Kale, who scored 614 on her tests in June, discovered that boys had been accepted to the international finance program from her province with scores as low as 609, while 628 was the lowest score for girls who were accepted. Scouring the websites for evidence of discrimination, women’s rights activists have discovered even higher gaps for foreign language and performing arts majors. Shanghai Language University admitted boys from Guangxi province with scores of 551; for girls, the lowest score was 616.”

If you’re a student in China, do you think that there’s gender discrimination when it comes to university admission? Has this led you to want to pursue your education in the United States? Let us know your thoughts on the matter by posting below!