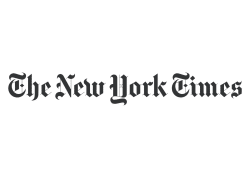 A piece in “The New York Times” examines the critical thinking skills of Chinese young people educated in China.

There was an interesting article recently in “The New York Times” written by Javier C. Hernandez. The piece focuses on a study that will soon be coming out of Stanford University that finds that Chinese students — students educated in China to be clear — have some of the strongest critical thinking skills. But this advantage that Chinese students have in primary and secondary school seems to all but disappear when the students attend university in China.

As the piece in “The New York Times” points out, “That is a sign of trouble inside China’s rapidly expanding university system, which the government is betting on to promote growth as the economy weakens. The study, to be published next year, found that Chinese freshmen in computer science and engineering programs began college with critical thinking skills about two to three years ahead of their peers in the United States and Russia. Those skills included the ability to identify assumptions, test hypotheses and draw relationships between variables. Yet Chinese students showed virtually no improvement in critical thinking after two years of college, even as their American and Russian counterparts made significant strides, according to the study.”