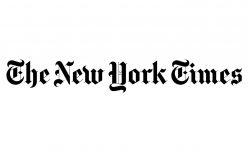 There’s a piece in “The New York Times” that highlights the increasing number of Chinese citizens studying at American public high schools.

A piece in “The New York Times” by Brook Larmer entitled “The Parachute Generation” offers insight into the growing trend of Chinese students studying abroad in the United States not only for college — but for high school as well. Indeed in an effort to improve their children’s case for admission to America’s most selective universities, Chinese parents have been sending their offspring here years earlier so that they can be immersed in the American educational system from a younger age. And not just to private boarding schools…but to public high schools as well.

As Larmer writes, “Even as U.S.-China relations have slipped toward mutual antagonism, the flood of Chinese students coming to the United States has continued to rise. Roughly 370,000 students from the mainland are enrolled in American high schools and universities, six times more than a decade ago. Their financial impact — $11.4 billion was contributed to the American economy in 2015, according to the Department of Commerce — has turned education into one of America’s top “exports” to China.”

The piece highlights the experience of a young man, Yang “Korbin” Jinkai, who enrolled at a public high school in Michigan — Oxford. His father wanted him to enroll at Oxford because he thought the name had a certain cache to it, though the Michigan public school has no association with University of Oxford in the United Kingdom. Korbin is now enrolled at Penn State University and he’s a bit homesick — not for China but for his small Michigan town where he lived with a host family.

What do our readers think of American high schools enrolling Chinese citizens? Are they doing it because they believe the world is their classroom or because it’s a boon to their bottom lines? Let us know your thoughts by posting a Comment below. We look forward to hearing from you.