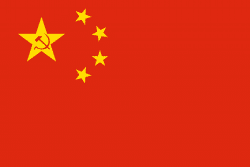 Cheat on the SAT from China? Go directly to jail and do not pass go.

There is an expose in “The Hechinger Report” by Peg Tyre that we figured we’d share with our readers. The piece focuses on how some students in China have been using proxies on American soil to take their SATs, GREs, TOEFLs, etc. for them. Apparently, these proxies are called “gunners.” Who knew? Did they really have to make up a word for cheaters? Why not.

Tyre shares the story of Yue Zou, a Chinese national whose boyfriend studied at the University of Pittsburgh. Yue’s boyfriend hired a gunner for her so that she too could study in the United States. But things didn’t work out as planned. Both Yue and her boyfriend ended up getting arrested. Amen! As Tyre writes, “Last spring, Zou, her boyfriend, and 13 other current and former U.S. college students from China were arrested and last month pleaded guilty in Pittsburgh for their part in the scheme. Most will be deported. Zou’s lawyer couldn’t comment on her case because she hasn’t yet been sentenced. ‘During our investigation, it became clear that the scope of the scam is very broad,’ says David Hickton, the U.S. attorney for western Pennsylvania. Although he says he doesn’t expect his investigators to make more arrests, ‘The networks that we uncovered are obviously meant to serve a much larger group than these 15 students.'”

The piece outlines how ETS is trying to combat such schemes — like requiring voice recognition of test-takers so the organization can identify the gunners and ensure the reliability of their exams. And ETS sure is aware of many of the sites offering such illicit services. Remember when test scores were canceled in China? They’re not completely in the dark. So here’s to hoping they get even better at improving their tracking of these gunners to ensure the integrity of their exams.