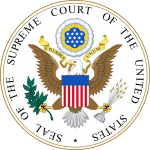 There’s a piece up on “Business Insider” by Abby Jackson that we figured we’d share with our readers. It’s entitled “Asian-American student who filed a complaint about discrimination after being rejected from the Ivy League: ‘I feel disappointed’ in the Supreme Court” and it focuses on the reaction of Michael …

The Myth of Well-Rounded Applicants 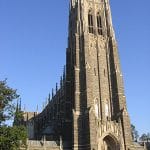 December 20, 2011 See what the Tufts Dean of Admission has to say about his talented admitted students.

August 14, 2011 Parents often want to help their children discover their Ivy League admissions hook. But too much sampling gets in the way of the 10,000 hour rule.

August 5, 2011 Many of America’s top entrepreneurs come out of the Ivy League and other top colleges.

July 17, 2011 Jeremy Lin, a Harvard grad, marks the first Ivy Leaguer in the NBA in ten years. He’s also the first Asian-American to play in the NBA since 1947.

July 14, 2011 If you want to compete as a skier in college, check out schools like Harvard, Dartmouth, Middlebury, Bates, and Bowdoin among others.