May 26, 2011 The ethics of college consultants in China leave a lot to be desired. In the United States, college consulting firms that are members of NACAC and IECA are bound by principles of good practice.

May 23, 2011 The recruitment and US college admissions process in China is in need of some serious reform.

May 10, 2011 A university ranking list of all universities in China has recently been released and it has not been published without controversy. According to reports, the maker of the rankings, Wu Shulian, a researcher at Guangdong Academy of Management Science, may have been influenced by bribes. The more a university paid, …

The Ivy League and China

April 11, 2011 A teacher in Brooklyn, New York, Michael Levy, wrote an interesting editorial today in the “Huffington Post” based on his experiences teaching in China and the United States. He describes how at this time of year at his high school in New York, students come in wearing all of these … 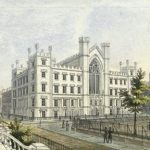 March 8, 2011 There was a recent change in the admissions process for universities in China. Previously, students in China interested in attending university in their native country took the National College Entrance Exam in the hope of getting accepted to one of the China’s top schools. But recently, “Nato,” (not the North …

July 23, 2008 On July 19th and 22nd, Ivy Coach gave seminars in China on the U.S. college admissions process. One seminar was at Beijing University and another was at a high school in Nanjing. The turnout was fantastic for both. What was so wonderful was that we met some incredible students who …