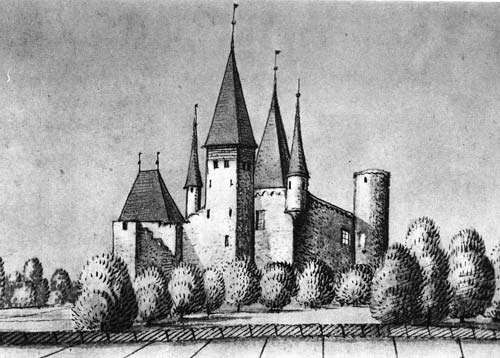 They better have some fancy cheese! Tuition at Institut Le Rosey (a rather older photo of the institute is featured) in Switzerland is not cheap! It’ll cost you a hundred grand.

In Rolle, Switzerland, Institut Le Rosey has an annual tuition of $99,566. You read that right. Annual. But, don’t worry — it includes room and board. Also in Switzerland (in Villars-sur-Ollon), College Alpin International Beau Soleil might get some beautiful sun but tuition is at $93,158 a year. That, too, includes room and board. Middlesex School in Concord, Massachusetts charges $50,320 a year, while Eton College in Windsor, England charges $50,213 a year. Lawrence Academy in Groton, Massachusetts charges $52,640 annually, while The Hotchkiss School in Lakeville, Connecticut charges $45,350 a year. The United World College of South East Asia in Singapore charges an annual tuition of $48,403. The Lawrenceville School in New Jersey charges $51,025 a year. Appleby College in Ontario, Canada is more expensive than Applebee’s. They charge $53,911 each year. And in the Bronx, New York, Riverdale School charges $42,000 a year.

These figures are all according to “The Huffington Post.” We actually know of some schools that should be on this list — schools that charge more than $42,000 a year. But you get the idea about expensive private schools. What do you think about these tuition costs? What do you think about spending almost $100,000 a year to go to school? Let us know your thoughts on the matter by posting below!

Check out this article on Private School Rejects.