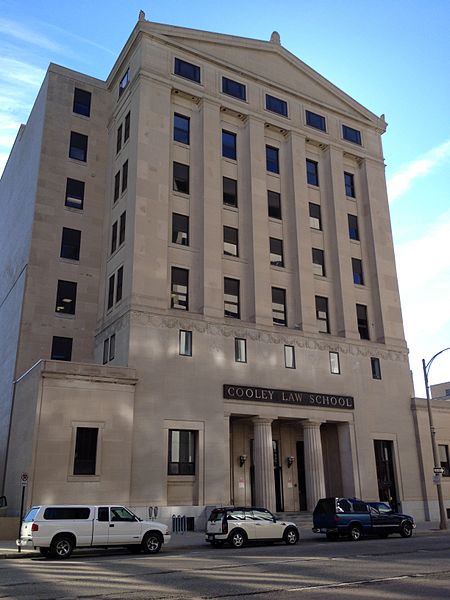 Michael Cohen, the in-the-news longtime personal lawyer to President Donald Trump, didn’t exactly attend Harvard Law. As it turns out, he didn’t attend Yale Law either. In fact, Michael Cohen attended a law school that is deemed by many in the legal community to be among the worst law schools in America. That’s right. The man who prides himself on his Wharton education has employed the services of a lawyer who attended a notoriously bad law school. And exactly where did Michael Cohen go to law school? President Trump’s longtime personal lawyer attended the Thomas M. Cooley Law School in Lansing, Michigan. It is a school that at one point was the largest law school in America. It is a school that remains among our nation’s least selective law schools and it’s one the American Bar Association has deemed out of compliance with basic admissions standards.

‘The Worst Law School in America’

As reports Philip Shenon for “Politico Magazine” in a piece entitled “Trump’s Lawyer Went to the Worst Law School in America,” “The school accepts almost anyone who can pay the $51,000 annual tuition bill—more than 85 percent of its applicants were admitted last year. Fewer than half of its graduates manage to pass a bar exam on their first try; among all law school graduates in the country, about 75 percent pass on their first attempt. The 46-year-old school has had to go to court over the past year to fight for its accreditation from the American Bar Association, which found that the school was out of compliance on basic admission standards for a time. Last year, the National Advisory Council for Law School Transparency gave Cooley a ranking no school wants: It was No. 1 on the group’s list of ‘the 10 least selective law schools in the country.'”

The Thomas M. Cooley Law School has been challenged by declining enrollment numbers of late. It seems there are some folks who are hesitant to attend a law school deemed by some to be among the worst law schools in America. We imagine their infamous alumnus Michael Cohen — who finds himself at the center of the news cycle — isn’t doing their school’s reputation any favor. But maybe all publicity is good publicity? What do our readers think?