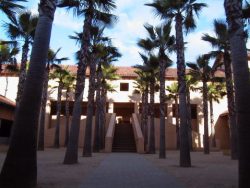 The scandal at Stanford’s Graduate School of Business over fellowship grants further illustrates that universities often aren’t forthright about their aid policies.

Many highly selective colleges assert that they are need-blind in their admissions decision-making. They claim that they don’t factor in a student’s ability to pay when deciding upon whether or not to offer that student admission. As our regular readers know well, we have been calling need-blind admissions a lie for many years. The vast majority of schools, including our nation’s most elite institutions, factor in a student’s ability to pay. After all, these schools rely on tuition dollars. If they admitted a class in which every student needed financial aid — which is a theoretical risk if they were truly need-blind in their decision-making — they’d have to dip into their endowments and eventually go broke. Colleges rely on tuition dollars. And if colleges were truly need-blind, then we would ask why on so many of their application supplements do they ask if students need financial aid? Shouldn’t this be on an entirely separate document admissions officers aren’t privy to when weighing that student’s case for admission?

A brewing scandal at Stanford University’s Graduate School of Business further illustrates that these institutions aren’t always honest about their aid policies. At Stanford’s GSB, about half of students receive fellowship grants. The school has been explicit over the years that these “need-based” fellowship grants are reserved for students who otherwise wouldn’t be able to attend or who would otherwise have to work part-time while pursuing their MBA degrees (this is not encouraged by the school).

But the truth came out when 14 terabytes of confidential student data (minus identifying information) from financial aid applications ended up in a shared drive, accessible to faculty, staff, as well as students. One student, Adam Allcock, apparently spent 1,500 hours analyzing the data and he determined that the fellowships grants were not entirely need-based, as Stanford claimed. As reports Ethan Baron for “The Mercury News” in a piece entitled “Stanford’s elite business school caught cheating — by one of its own MBA students,” “Rather than being solely need-based, the fellowship grants were used to rank students according to their value to the school, Allcock determined. The business school had routinely granted fellowship money to students without regard for their financial need, often favoring women and people with a background in finance — even though many had more money saved up than students who received less financial support, Poets&Quants reported.”

So, basically, Stanford was factoring in gender and international status when deciding which MBA students would and would not receive fellowship grants — even though they claimed for so long that fellowship grants were only determined based on financial need. Stanford was not telling it like it is. They were saying one thing and doing quite another. But Stanford’s Graduate School of Business is not alone. We would argue that just about every highly selective university isn’t forthright about these sorts of things — and this absolutely includes in undergraduate admissions.

It’s funny — when we assert that need-blind admissions policies are a lie, very few folks come to the defense of colleges. Very few folks try to counter our argument. We would argue it’s because our argument is so simple and logical. All you really need is a little bit of common sense to see the truth in our argument. But come on, there must be someone out there who wants to challenge our assertion that need-blind admissions is a lie. Bueller? …Bueller? If you’re that someone who believes need-blind admissions policies are legit, what do you have to say about the data this Stanford GSB student unearthed in a shared drive? We’re curious to hear from you so post a Comment below and we’ll be sure to jump in on the conversation.