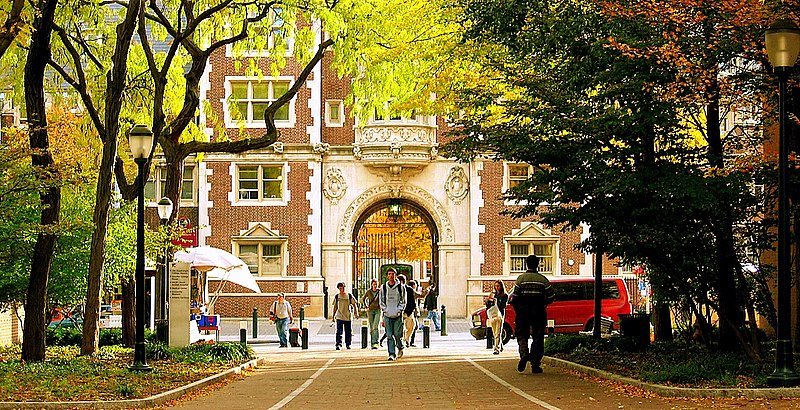 The University of Pennsylvania’s department of philosophy will no longer require applicants to its graduate doctoral program to submit GRE scores. In fact, the department has gone one step further: the school won’t even look at GRE scores that are submitted by these applicants. The GRE, long the subject of criticism for its cost as well as for not being an accurate predictor of how a student will perform in graduate school, is a staple of graduate programs across America so you can bet the Education Testing Service (ETS), which owns and administers this exam, is nervous about the decision by Penn’s philosophy department, hopeful it won’t set off a wave of other university departments dropping the exam.

The statement from Penn’s philosophy department, as Scott Jaschik reports for “Inside Higher Ed” in a piece entitled “Renewed Debate About GRE,” reads, “Key factors in this decision were, first, that the GRE can be financially burdensome for low-income applicants ($205 for the general test in the USA, only 50% of which is waivable by the ETS, plus the non-waivable $27 per school to send your scores to after four schools) and offer unfair advantages to wealthy applicants (e.g. ETS offers a score review service for an extra fee and Kaplan offers test prep services for a fee that isn’t entirely waivable). Second, GRE scores do not, in general, accurately predict academic performance in graduate school…Third, significant gaps in GRE performances by women and underrepresented racial and ethnic minorities made it especially difficult for them to be accepted, even though their scores sometimes dramatically underpredicted their academic performances in our program. Fourth, in our judgment, nothing of significant epistemic value was gained by our use of the GRE that we couldn’t figure out from looking at transcripts, writing samples, etc. So, women, minorities, and low-income applicants, apply to Penn philosophy! We will not discriminate against you based on an outdated, expensive, biased, and predictively invalid test.”

A Salute to Penn’s Philosophy Department

The decision by Penn’s philosophy department to not only not require the GRE for its doctoral applicants but also to refuse to look at GRE scores that are submitted by applicants means the department will place increased emphasis on admissions essays, a student’s academic research, letters of recommendation, resumé, etc. We at Ivy Coach salute the University of Pennsylvania’s philosophy department for not merely dropping the requirement but for refusing to look at the scores. We believe refusing to look at the scores is more significant to applicants than no longer requiring the submission of such scores — it’s the department walking the walk, not just talking the talk.

Do you agree? Disagree? Let us know your thoughts on the subject by posting a Comment below. We look forward to hearing from you!