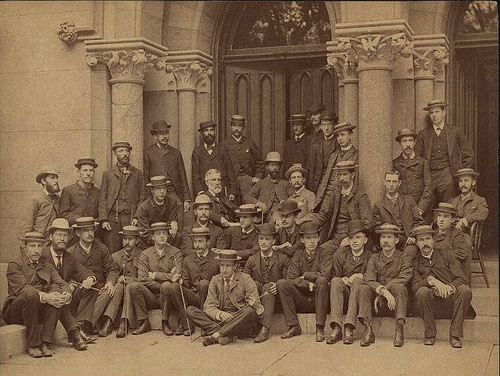 Yale Law School has been around a very long time. And for the first time in its history, it will be led by a woman. It’s about time.

Yale Law School has announced that Hearther Gerken will be its next — and 17th — dean. With the announcement, Gerken is set to become the first woman to lead the law school in its storied history. Gerken, who specializes in constitutional and election law, will succeed Robert Post in the position. She previously advised former President Barack Obama during his 2018 and 2012 presidential campaigns.

As reports Jingyi Cui for “The Yale Daily News,” “University President Peter Salovey announced the appointment, effective July 1, in a campuswide email Tuesday afternoon. The announcement marked an end to a search process that had been underway since Post announced in fall 2016 that he would step down at the end of this academic year, after serving as dean for eight years. ‘I’m thrilled and humbled,’ Gerken said. ‘[Yale Law School] is an incredible institution. I feel incredibly lucky to have a chance to be at the helm.'”

Ivy Coach salutes Yale University for breaking this glass ceiling, for choosing a woman to lead the nation’s most illustrious law school

And we’ll leave you with a “Did You Know?” Did you know that every single member of our nation’s highest court attended either Yale Law School or Harvard Law School? Although, yes, we see your hand waving in the back. There’s a caveat indeed. While Justice Ruth Bader Ginsburg did attend Harvard Law School, she received her degree from Columbia Law School.

While you’re here, check out a piece on dwindling applications to law schools across America.