How NYU Med Put All Top Med Schools On Notice 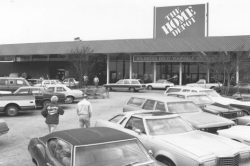 NYU med students should all go buy a hammer at The Home Depot as a symbol of appreciation (photo credit: Excel23).

Recently, we reported that the New York University School of Medicine was going tuition-free thanks in large part to the enormous generosity of Ken and Elaine Langone. You see, Johns Hopkins’ development office has Mayor Michael Bloomberg on its speed dial. Stanford University has Nike co-founder Phil Knight. And New York University has Ken Langone. Without Ken Langone, medical school at NYU would certainly not be tuition-free going forward and, well, you’d have to do an Internet search to find the best local hardware store to find a Phillips Head Screwdriver. Ken Langone, after all, helped bring the world The Home Depot. But exactly how are rival medical schools responding to NYU’s stunning announcement that it’s going tuition-free?

A piece in “Business Insider” by Lydia Ramsey and Charlotte Hu entitled “NYU’s decision to go tuition-free has other top medical schools grappling with how to attract the brightest students” offers some insight into how other top medical schools are responding to NYU’s major announcement. Now don’t be fooled when folks in medical school admissions at competing schools congratulate NYU on the announcement and say it’s a good thing for all. Of course it’s a good thing that the NYU School of Medicine won’t be charging tuition anymore. The school is already one of the nation’s top ten med schools and now it’ll attract an even stronger applicant pool. Yes, students who otherwise may have attended other medical schools will now give NYU a second or even third look because — that’s right — it’s free. So why not? While admissions staffers at other top medical schools may be happy for NYU because it’ll help top, low-income students pursue their medical educations, they’ve likely got some cognitive dissonance too because, well, those same top students may now not give them that second or third look.

As Ramsey and Hu report, “The promise of a tuition-free education will likely give NYU an even more talented pool of applicants vying for that benefit. As medical schools across the country look to attract the best and the brightest, NYU’s announcement to go tuition-free is a game-changer. Now more than ever, medical schools will have to figure out ways to compete and differentiate themselves. But barring a large gift and mandate from a donor to provide medical school tuition-free — as was the thrust of NYU’s program — schools have to find other ways to keep education costs down…For the most part, the medical schools met the NYU announcement with excitement and congratulations. ‘I think it’s great. One could even say it’s like when Roger Bannister broke the four-minute mile,’ Johns Hopkins University School of Medicine vice dean for education and professor of medicine Dr. Roy Ziegelstein told Business Insider.” Well said, Dr. Ziegelstein, and great Roger Bannister reference!

Will our nation’s top medical schools soon follow in NYU’s footsteps? Will another top medical school go tuition-free this year? Let us know your thoughts, your guesses, and what you ate for breakfast by posting a Comment below. We look forward to hearing from you.