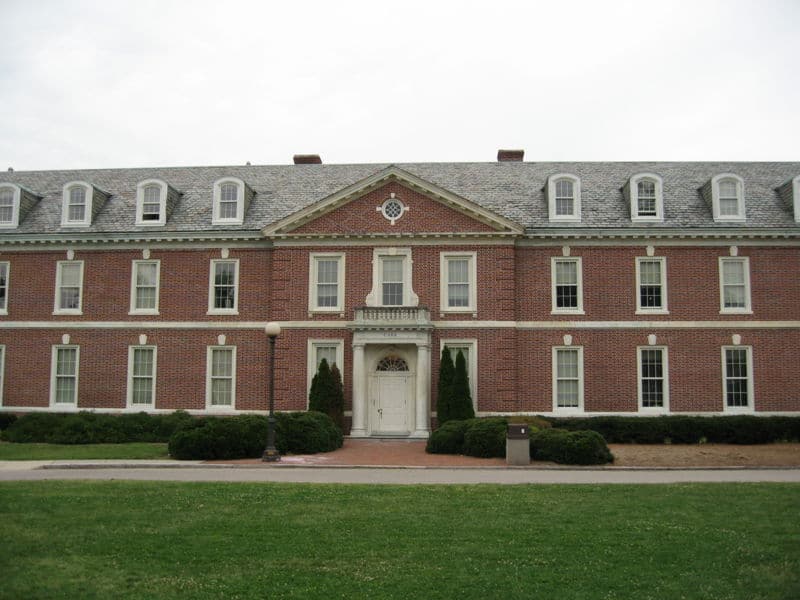 The LSAT is a requirement for admission at Duke Law.

File this one under absolutely bizarre. A student applied to the Duke University School of Law but failed to submit his LSAT score. And it’s not like he submitted a GRE in lieu of an LSAT. Duke Law requires the submission of an LSAT. So because the student didn’t submit an LSAT score, his file was marked incomplete and the school withdrew his application. In fact, the student was even notified that his application would not be processed if he didn’t submit an LSAT score. The note mentioned that the June LSAT test date would be the last administration of the exam the admissions committee would consider for students hoping to earn admission this year. But the student apparently had no intention of taking the LSAT. Maybe he didn’t want to be a lawyer. Maybe he just wanted to sue — not only Duke University but every law school to which he applied that didn’t process his applications because of the absence of an LSAT score. Who knows but it sure sounds crazy to us!

As Kathryn Silberstein reports for “The Duke Chronicle, “Duke Law applicant does not take LSAT, sues Duke after his application is dismissed,” “On Aug. 24, 2018, Edward Thomas Kennedy filed a lawsuit against Duke University School of Law for being rejected on the basis of not taking the Law School Admission Test. According to the complaint, Kennedy applied to at least 23 other law schools in the U.S. and thus also sued other institutions, such as Harvard University, the Law School Admissions Council, the Association of American Law Schools, the California Bar Association and the Pennsylvania Bar Association—and even U.S. Secretary of Education Betsy DeVos. In response to Duke’s rejection, Kennedy filed his suit specifically against Duke University, the Duke Endowment and the Board of Trustees, as well as the president of the Duke Endowment and the University’s President Vincent Price…Kennedy’s argument in the complaint alleges the defendants ‘exceeded [their] jurisdiction by allowing [their] employees to deny Kennedy admission to its law schools.’ He submitted the complaint with nine causes of action, including intentional infliction of emotional distress, trespass on the cause and failure to provide a republican form of government and false advertising. According to documentation of his legal complaint, Kennedy refused to take the Law School Admission Test administered through the Law School Admissions Council based on the assertion that ‘LSAT tests today are junk science and called ‘games.'”

It sure seems to us like this fellow, a man not to be confused with the late, great Senator Ted Kennedy, put down the proverbial equivalent of a banana peel in a grocery store aisle and proceeded to slip. He didn’t complete a prerequisite for admission to many law schools, learned he didn’t earn admission, and so sued the law schools on the basis of the schools’ failure to provide a republican form of government, among other outrageous claims? Uh huh. As our loyal readers know all too well, we have a crystal ball at Ivy Coach. Our crystal ball predicts this fellow will never have the opportunity to argue his case before a judge or jury, as he likely anticipates. Rather, it’ll be dismissed pre-trial. We also anticipate he will be paying the attorney fees of all of the universities and organizations he filed suit against since his suit reeks of malicious prosecution. Maybe had the student taken the LSAT and actually gone to law school, he’d have known better.

Do our readers agree? Or do they disagree with the reading of our crystal ball? Let us know your thoughts on the matter by posting a Comment below. We look forward to hearing from you!